Youth Sports-Is Anyone Having Fun? 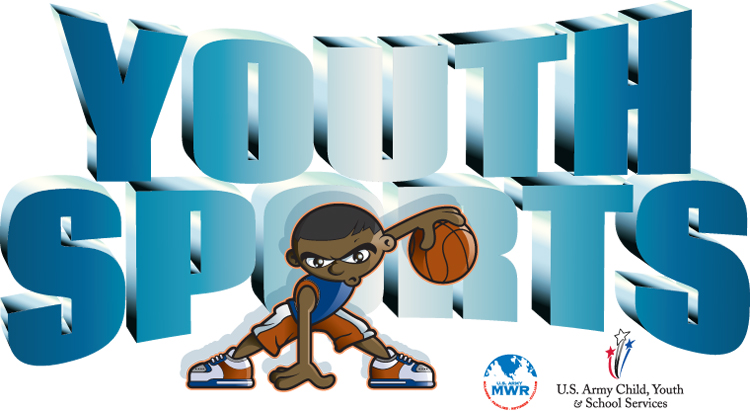 With the 2021 travel basketball season right around the corner, we thought it would be a good idea to republish a story we wrote 3 years ago.  Because we have so many new readers, many of you may not have read the story below when it was published back in 2018.  We hope you will take the time to read the piece, and where appropriate, alter your perspective and/or behaviors.  We invite you to send us your feedback about what you’ve read via our “Contact Us” tab.  Enjoy!

I rarely write and publish these types of stories, but every now and then I feel so strongly about a subject that I feel compelled to share my thoughts with our readers about the state of middle school basketball.  Although the 2018 travel season is only a few weeks old, I’m already asking myself, “Is anybody having fun?” I’m sure that by now you’re already asking yourself what is Rob Taylor rambling about now. Please take a few minutes to ready this article and try to understand what I see week in and week out.

In terms of credibility, and in order to provide a little background on myself and my unique set of experiences in youth basketball before I wade into the deep end with this piece, it’s important that you know that as a parent, I have enjoyed youth basketball with my two sons since they were in the 2nd grade many years ago.   I have coached them in recreation leagues and at the highest levels of travel basketball, including AAU National Championships (8th grade), multiple AAU final fours and placement games.  I have traveled the country to attend elite showcases, camps and competitive tournaments and I have spent thousands of dollars in pursuit of my son’s hoop dreams.  I have sat in stands and bleachers and laughed and cried in direct proportion to the success or lack thereof my sons and their respective teams.  I have realized unbelievable highs and crushing lows.  I have met great people who remain friends to this day, and I have experienced relationships that were shallow, self-serving and short-lived.  Through all of the ups and downs my sons and I had fun and our relationship survived me pushing them almost to the brink!  We enjoyed spending quality time on the road, in hotels and at dinner.  We loved the fellowship with teammates, coaches and other parents.  We enjoyed the thrill of elite competition, and through it all, they became great human beings.  My sons are grown men now, one having finished basketball at the NAIA D-II level and graduated with two degrees, while the other played DI ball, graduated, and is currently playing professionally in Italy.  This is relevant because I have lived the game, understand the game, and have experienced the game in many roles.

Not only are coaches and parents turning a blind eye to escalating violence on and off the court, in many instances, they are encouraging physical and dirty play regardless of the negative consequences. What negative consequences you ask; try physical injury, ejection from the game or tournament and criminal charges just to name a few.  What is also disturbing is the lack of understanding that the kids are watching, learning and being influenced by the adults in their lives.  Through their own negative and inappropriate behavior, adults are socializing and teaching kids that it’s ok to yell, scream at authority figures, cheat and fight.  And when everybody else but the child is blamed for the fight or inappropriate behavior, it sends a message that it’s perfectly acceptable to fight or engage in other inappropriate behavior.  Oh yeah, we understand that the the code of the street demands that we teach our children to fight and stand up for themselves, despite the fact by doing so it places our children at major risk long after the game has ended.  Simply put, adults who fight get arrested, get injured or killed, loose jobs and ruin relationships.  Is that really what we should be teaching and encouraging our children to aspire to? Well that’s exactly what we are doing week in and week out at these tournaments!

Another dynamic of the game is the high level of mistrust of any and everyone, including coaches, officials, program directors, and media that permeates the game.  The “us against the world” mentality and deep-rooted conspiracy theories have turned gyms into powder kegs just looking for a match.  As I walk around gyms all around the country I see adults in the stands yelling and cursing at the top of their lungs at officials, coaches, their sons and other players; basically anybody who is perceived as the enemy.  In most cases, their venom is unwarranted, misdirected and not based on reality, let alone facts.  In most cases, the coach is unwilling and/or unable to control their parent’s behavior, either because they, too, are behaving inappropriately and don’t understand the impact they have on the player, or they are afraid to confront parents who are all too eager to switch teams next week or the next day under the right set of circumstances.  Coaches are virtually paralyzed to take action for fear of losing a stud player. Note to parents, coaches and players, from my perspective, officials just want to get paid!  They are not out to cheat your team; they are out their trying to supplement their income!

Oh, it’s not just limited to gyms, you need only visit your local message board to experience the shear hatred and venom of parents and coaches who feel that either their son or team has been disrespected. So, from the cover of their homes, offices and smart phones, the angry anonymously express their displeasure with whomever and whatever represents a perceived impediment to their goals.

Why is everybody so angry and so hyped up? Can it be the high cost of a college education and a parent’s burning desire to educate their child?  Could it be the allure of a NBA contract and the riches and fame afforded to so few!  Could it be the parent’s own ego that thirsts for attention and adulation?  Could it be a way of reliving a childhood that fell short of expectations?  Could it be the high costs of participation, including player fees, hotels, equipment, tournament entry fees, gas, planes, food, etc and the pressure to realize a return on investment? Could it be a combination of all of these dynamics?  Whatever it is, it’s destroying youth athletics and it’s setting many of our youth up for failure!  Let the kids have fun and enjoy the game people!

From my perspective, much of what we’re seeing is about ego.  Everybody wants to be the parent or coach of the top ranked kid, from the top ranked team, and anything that remotely gets in the way will be viciously attacked.  Those parents and coaches who are fortunate enough to participate on a top team often walk in the gym with a sense of entitlement and the expectation that everybody owes them something, and when they don’t get the respect they think they deserve, watch out, somebody is going to be attacked!

There was a time when kids played outdoors on concrete courts or in dimly lit and poorly ventilated gyms with their friends; totally unsupervised by adults.  These days, if the gym is not college regulation, made of wood or their team does not play on the main court with seating for 5000, it’s unacceptable, yet another source of frustration and complaints, and represents further proof that “they are out to cheat and disrespect us!”  In addition, although parental expectations are at an all-time high, their willingness to pay the cost (i.e., invest) of everything is at an all-time low!  Parents expect for their son to play for free, travel for free, to attend tournaments for free, and if team A can’t provide a free ride, then team B just might.

For the sake of full disclosure, the Buckeye Prep Report and other media organizations like us could be construed as being part of the problem by providing exposure at such an early and at an impressionable age.  I acknowledge that, but I submit that early exposure, if used and managed appropriately, can be a powerful motivator.  In addition, the same way that the names of Honor Roll recipients are published as a reward for hard work and achievement in the class room, so to should excellence and hard work on and off the court be recognized and embraced. In our opinion, parents, coaches and other adults are responsible insuring that exposure is managed in a healthy and productive manor.

If I’m nothing else, I’m a realest, and the prospect that this editorial will change adult behavior is pretty slim.  I just ask that the next time you’re in the gym watching your child compete, please take a few minutes to look around and observe what’s happening.  Although most people struggle to see faults in their own behavior, they see with great clarity the faults of others!

In closing, I’m a positive person who tries to see the positive in people, and I fully understand that not every parent resembles the parent described above.  In addition, although there are not nearly enough of them, I do believe there are still some good people in the game who love the sport and want only what’s best for our youth.  Although publishing this may be bad for business and may upset some folks, I feel compelled to articulate how I feel for the sake of the children and the sanity of likeminded adults. My suggestion to adults is to just relax a little, be conscious of how your behavior is/will affect you child long term.  Moreover, I wish we could be civil to one another and refrain for shouting matches and out and out fist fights. The kids are watching us!

At the end of the day the ball is going to stop bouncing for everyone, so you should ask yourself; what kind of human being am I creating?  Will my child become a well-adjusted adult that I can be proud of? Also, don’t get to the end of the journey and realize you forgot to enjoy the ride.  Basketball is a great game and can produce enormous long-term positive benefits for you child; try to have fun people; it’s only a game!