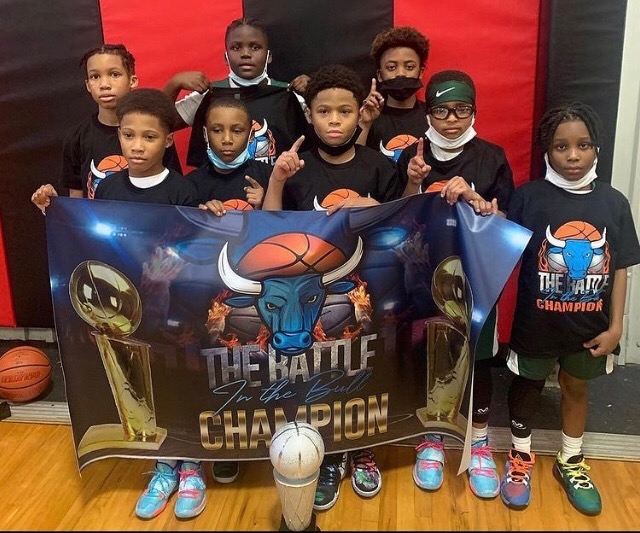 As confirmation that Ohio basketball is still a force to be reckoned with nationally, last week, Coach Kielan Cherry’s 2030 Akron Infantry squad traveled to the Battle in the Bull tournament in Durham, NC and rode a 4-0 record to the 3rdgrade championship.  Akron’s path to the title included wins over the Garner Road Bulldogs (29-6), Riverside Hawks (47-42), Team B.O.N.D. (24-16) and, for a second time, Riverside Hawks (28-22).   It’s important to note, in Akron’s 2 games against the New York-based Riverside Hawks, a storied program with a long history of fielding talented teams with elite players, Akron had to contended with Amare Almondovar, the nation’s #1 ranked player (according to Top25Scouts). According to Coach Cherry, Almodovar’s talent was “…as advertised. We doubled him the entire game, both games,” Cherry told the Buckeye Prep Report.

Standouts for Akron included Mason Broyles (CG/2023/Cleveland), Brayden Adams (CG/2023/Cleveland), Kielan Cherry, Jr. (CG/2023/Akron), Dominic Smith, Jr. (PG/2023/Akron) and Georgio Vinson (SG/2023/Akron).  When asked why his team was so successful, Cherry pointed to defense. “Defense; it’s all defense. We score a little bit, but it’s all hustle and effort,” continued Cherry.  Next up for the Infantry is the MIT in Maryland, followed by T3TV’s March Madness Tournament in Indianapolis and the Buckeye Prep Invitational Tournament the weekend of March 26th-28th in Columbus, OH.  We can’t wait to see this team in action firsthand in March, and we intend to keep an eye out for both this up-and-coming team and the Akron Infantry program in general.  Congratulations to Coach Cherry, his players and parents for repping Ohio basketball!