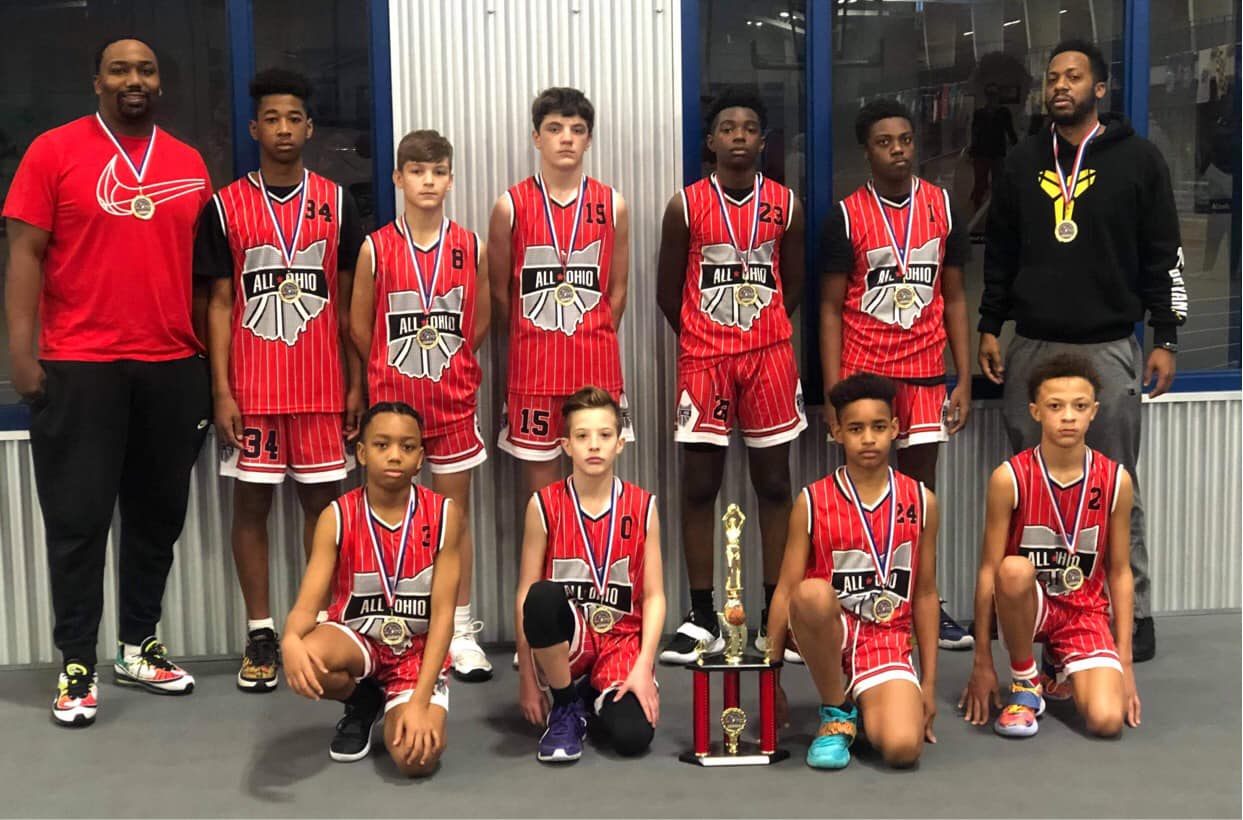 With a 5-0 run at the Nike Gym Rats Holliday Classic in Ft. Wayne, IN this past weekend, Coach Tony Cornett and his 2027 All-Ohio Red squad captured their first championship as a team.  All-Ohio’s trek to the championship included lopsided wins over North Coast Premier (49-33), GL Reality Renegades (78-21), Grand Rapid Storm (55-30), GL Reality Renegades (49-39) and IABC Red (46-40). Coach Cornette was proud of his team’s effort and applauded their cohesiveness as a team. “We played together, made the extra pass, and no one was selfish,” Cornette told Buckeye Prep.

Although this weekend’s event represented All Ohio’s first event and the first opportunity the above players had a chance to play together, Coach Cornette is optimistic forms team’s chances of success next spring. “We’re loaded; we have 3 kids that are almost 6” feet,” continued Cornette.  Next up for All-Ohio is one of several MLK tournaments in the area. We’re excited that we will be able to see these kids up close, as almost all of them will be participating in our March 13th Buckeye Prep Elite Showcase and the team will be playing in our Buckeye Prep Invitational Tournament (March 26th-28th).  Congratulations to Coach Cornette, his players and parents for a job well done.