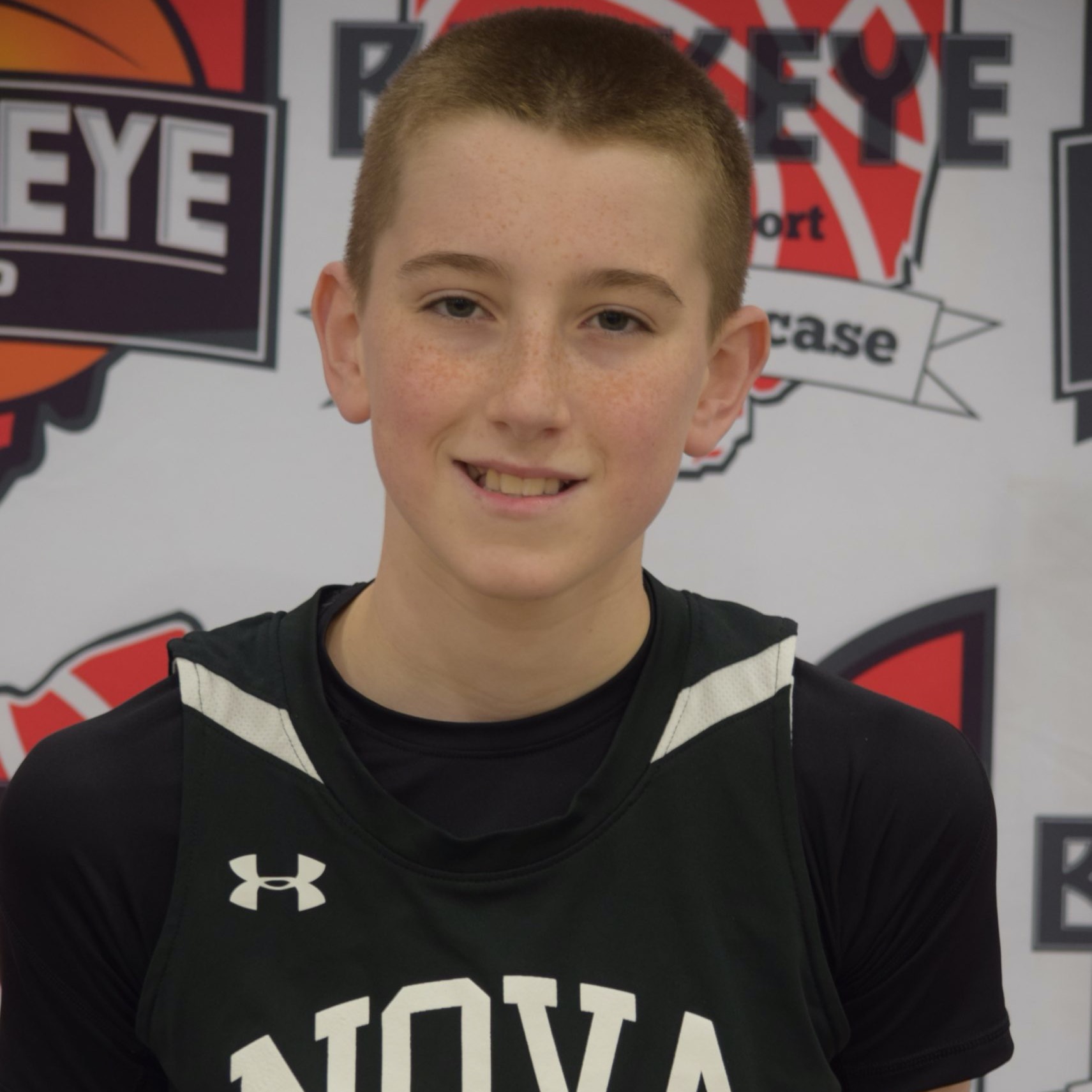 Every time we’ve seen this kid play, he has knocked down multiple treys in a single game. He’s not just a catch and shoot threat; Scholl moves well without the ball, knows how to get himself open for a shot, and can drain long range bombs off the bounce and in transition. Recently, Carson Scholl (5’7″/WF/2027/Olentangy), hit 9 three-pointers in a 65-37 win over Renaissance Gold in the Celtic Classic this past weekend. Scholl was 9/15 from three-point range for the game for a gaudy 29 points. Although his primary team is Nova Village, Scholl was running with JGB, basically a Big Walnut team with ranked Big Walnut players Jackson Bowers and Eli Stumpf. JGB won the tournament with a 59-28 win over Renaissance Blue. We’re calling it now, from what we’ve seen so far, Scholl is the best shooter in his class in the state of Ohio!  We hope to see if Scholl can duplicate his marksmanship at our August 21st Buckeye Prep Elite Showcase, where the competition will be elite! In any respect, 9 treys in a single game is quite impressive!  Congrats Carson!