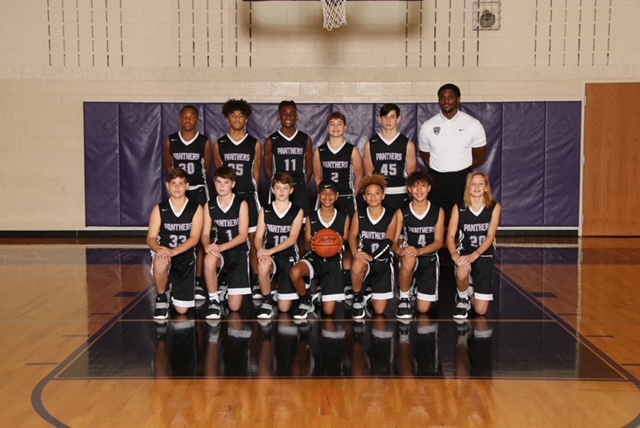 With an overall record of 11-3, Coach Austin Traylor’s Pickerington Lakeview Panthers Middle School team is poised to make a deep run in the upcoming playoffs.  In fact, just yesterday, the Panthers notched an opening (35-33) win over a scrappy Olantangy Orange in the Dublin Invitational Tournament.   The Panthers were led in scoring (11 points) by Zion Robinson (5’10”/PF/2026) and Jason Bates Jr. (4’11”/PG/2026/Pickerington) (9 points).  For the season, the Panthers are powered by their floor general, JR Bates, who averaged about 15 points per game over the course of the season, and 20+ points over the past 4 games.

According to Coach Traylor, in addition to stepping up and exhibiting leadership, Bates’ production is multi-faceted, and includes perimeter shooting and dribble drive buckets.  He’s not only creating his own shots; he’s consistently creating quality shots for teammates.  Of course, Bates is no stranger to the Buckeye Prep Report, as we have watched him performer at a high level for several years at many of our past showcases and tournaments.  In fact, we currently have Bates ranked among the top 15 players in the state in his class, and he is one of the top players in Central Ohio.  It’s important to note, Bates enjoys a high basketball IQ, a great feel for the game because he’s the son of a high school coach.  If you can’t make it out to Pickerington’s next playoff game against Olentangy Shanahan on Tuesday, you can catch Bates in action at our March 13th Buckeye Prep Elite Showcase.