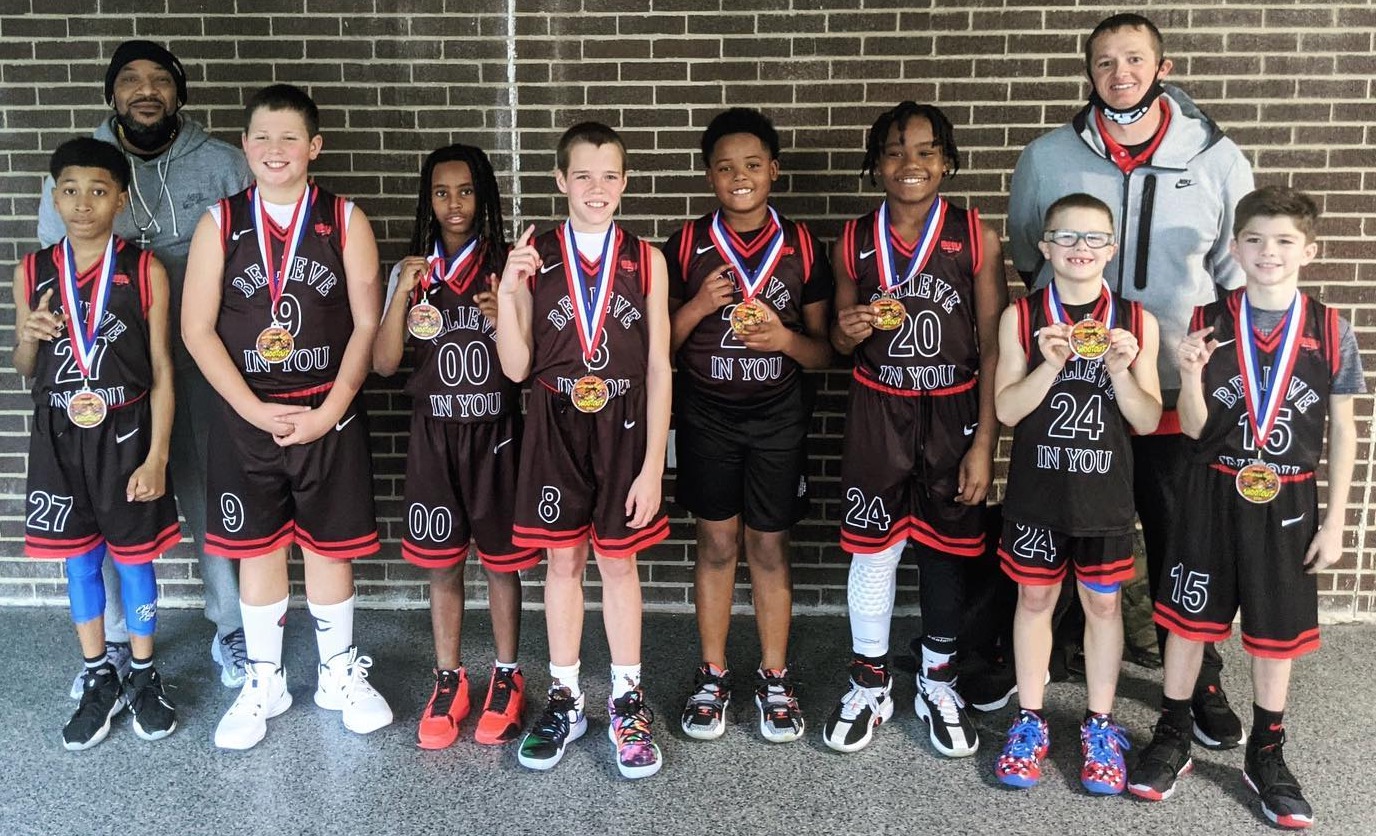 Although the 2021 travel basketball season is still several weeks away, Coach Kyle Clevenger’s 2029 BNU team continues to rack up tournament championships.  Most recently, BNU finished undefeated (5-0) on their trek to the championship of the SBA New Year’s Shootout which was held at Bales Arena in Beavercreek, OH.  What’s most impressive about this title was the fact that Clevenger’s squad played up in the 5th grade division. Although BNU’s win was the result of a “team effort” and “unselfish play,” as there were 4 different leading scores over the course of the tournament, 4 players stood out, including: Jayden Davis (5’3”/WF/2029/Cincinnati), William Peagler Jr. (4’9”/CG/2029/Trotwood), Colton Clevenger (4’5”/PG/2029/Lewisburg) and Andrew Woeste (5’10”/WF/2029/Oakwood). Next up for Clevenger’s nationally ranked (12th by C2C) team is a MLK Tournament in Cincinnati and possibly a tournament in Chicago, IL by the end of January. Finally, you can catch BNU’s top guys in action at our March 13th Buckeye Prep Elite Showcase. Congratulations to Coach Clevenger, his players and parents for the win.

On another note, based on the recent success of Terry Holt’s BNU organization, his T3TV media platform, and the strength of  the BNU name brand nationally, look for “BNU West Coast” teams to form soon in California when the travel basketball season tips off in February. Initially, the new program will field teams in grades 1st-4th, with plans to expand every year.  According to Tari Johnson, who will head the new program in LA, he intends to “…expand on what Terry and BNU has accomplished out east, with the media and training the kids, out here [West Coast]. We want to bring exposure and seriousness to our kids here who are often slow to embrace basketball at the level you guys are in the east,” Johnson told Buckeye Prep. Once BNU West Coast gets their season under way later this year, look for coverage from the Buckeye Prep Report.