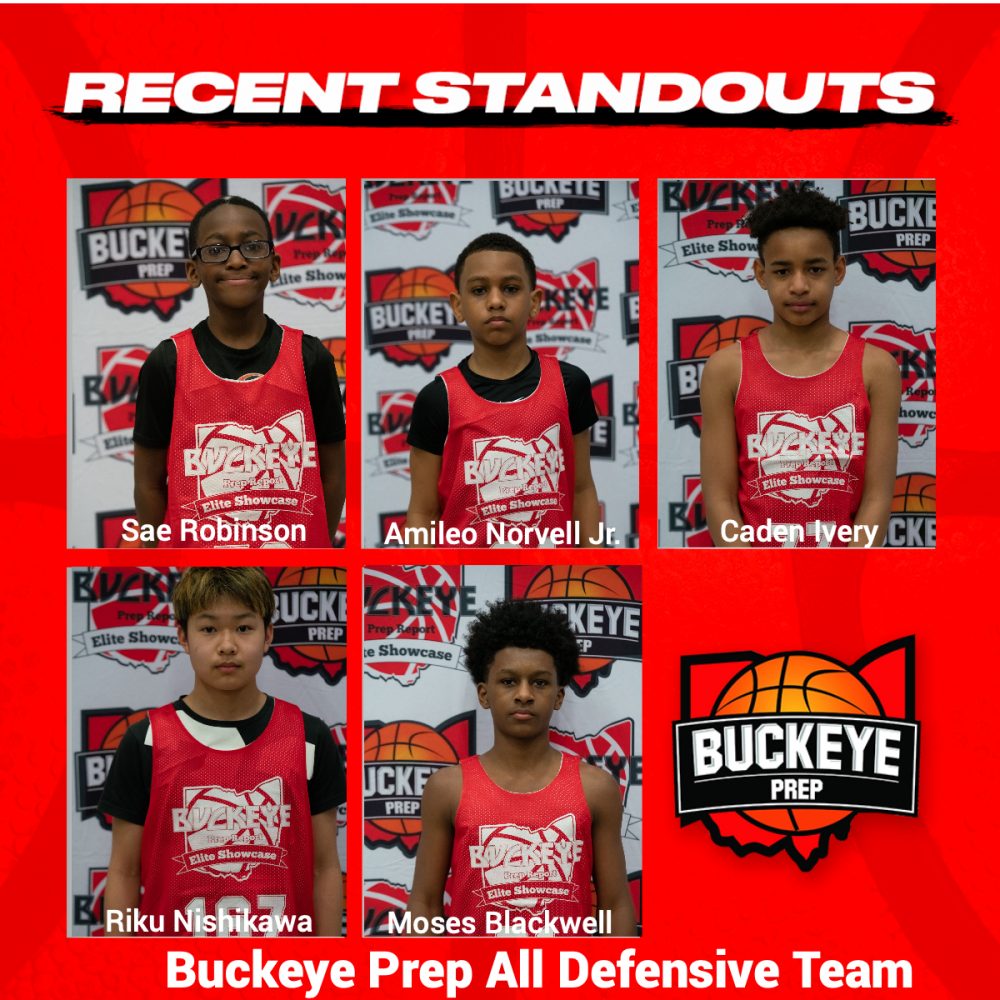 Although scoring is often the name of the game at most elite showcases and camps, the staff at the Buckeye Prep Elite Showcase attempts to reward several elements of the game such as team play, skill, hustle, attitude and defense.  Because defense is extremely important in a team’s success, we wanted to identify the top defenders at the showcase and recognize players for getting it done on the defensive end of the court.  To this end, below is our list of the top five defenders at the showcase.  Each individual will be presented with a plaque for their efforts.  In addition, coaches also identified the top defenders on there respective teams.  Those players are also list below.  Congratulations to the players who made our All-Defensive Team!