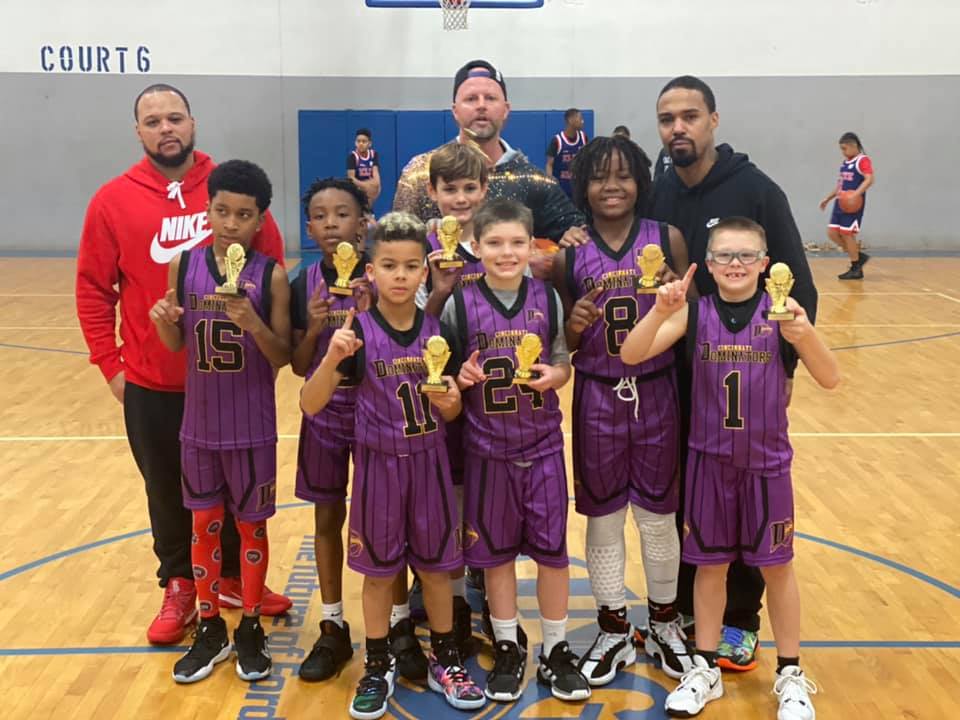 Although we alluded to the 2029 Cincinnati Dominator’s big upset victory (36-33) over the current #12th ranked George Hill All Indy (per Coast2Coast) at the Hell’s Kitchen event last weekend, we wanted to take the opportunity to drill down a bit on the team, and the players that made this win possible.  According to Coach Ben Ahern, the Dominator’s path to the title was truly a “team effort.”  Moreover, Ahern attributed his team’s success to “toughness; we played hard as a team, got loose balls and refused to lose,” said Aherns. Although Coach Ahern’s squad benefited from the play of BNU’s William Peagler Jr. and Colton Clevenger, in order to pull the upset, contributions from the team’s core players was required.

From what we could tell, the outstanding performance of Jayden Davis (5’4”/C/2029/Cincinnati) played a significant role in Cincinnati’s 5-0 run to the championship. In fact, Davis not only rebounded well the entire event, he had a significant impact on the championship game with a late steal and free throws to seal the victory. In addition, Benzo Ahern (4’7”/PG/2029/Cincinnati) provided solid defense with few turnovers, while LJ Born (5’3”/W/PF/2029/Cincinnati) added depth. The Dominator’s trek to the title included wins over the Akron Infantry (39-13), Bates Fundamental-Detroit (28-26), OPA (29-21) and Hawk Elite (30-25).  Congratulations to Coach Ahren, his players and fans for a big time win.