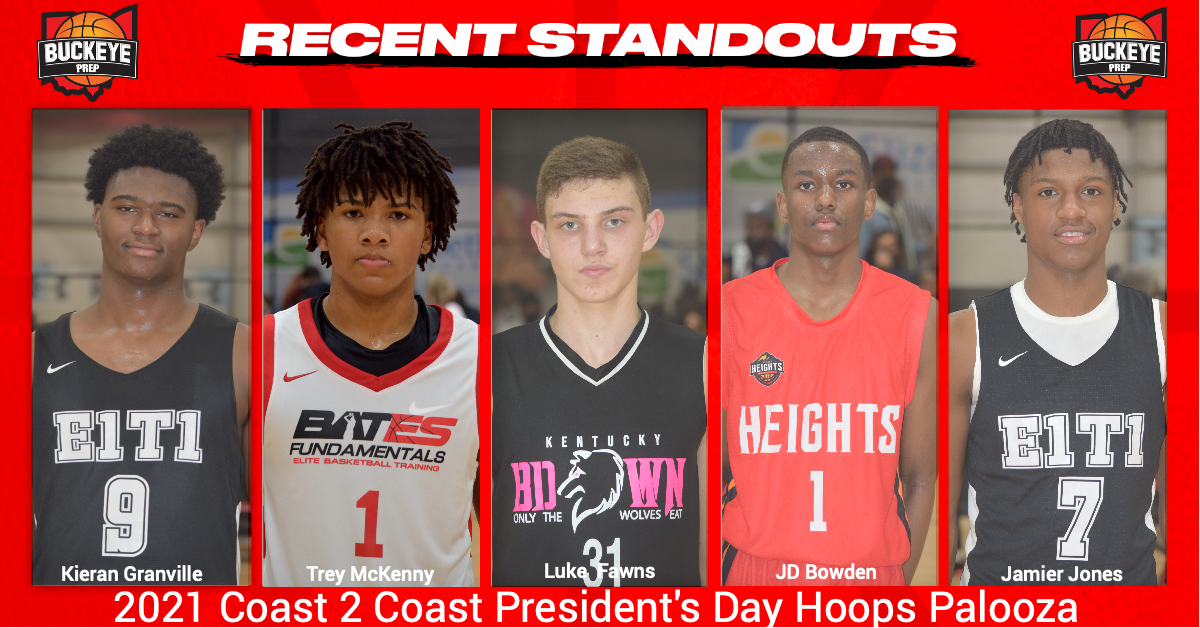 We took a trip south to Northern, Kentucky on Saturday to check out the action at the Coast 2 Coast President’s Day Hoops Palooza.  Although we only had a couple of hours to spare, the 80-team tournament provided us with a good opportunity to see some elite teams and a number of very talented players.  Bates Fundamental’s 2025 squad is loaded with prospects including Trey McKenny (6’3”/WF/2025/Flint, MI), Sharod Barnes (6’2”/PG/2025/Ypsilanti, MI) and Jayce Brunson (6’2”/SG/EF/2025/Lansing, MI), all of whom are extremely athletic, skilled, and can go get a bucket.  It should be noted that earlier in the day, Coach Ryan Sidney’s squad knocked off the #11th ranked North Coast Blue Chips by a score of 77-38, so it looks like somebody needs a rankings upgrade!

In their second game of the day, Bates Fundamental faced off against an equally talented E1T1 team that took them right down to the wire (54-44) and has an impressive roster as well, with headliners like Jamier Jones (6’6”/SG/WF/2025/Bradenton, FL) and Kieran Granville (6’8”/C/2025/Cincinnati, OH).  Jones has great size for his position, plays a physical brand of basketball and excels and getting to the cup.  Granville is an explosive athlete who plays above the rim. He’s big, strong and moves well for his size. We already had him on our top player list, but from what we saw on Saturday confirms Granville has been undervalued.  We’ll fix that!  Both Jones and Granville are legitimate prospects and should be tracked by college coaches right now.

While we’re talking about loaded rosters, the Pittsburg, PD based FCAA Elite has several studs on their rosters including Amari Evans (6’3”/WF/2025/Pittsburg, PA); Meleek Thomas (6’2”/WF/2025/Pittsburg, PA); and Jaden Nickens (6’2”/WF/2025/Oklahoma City, OK). In a game we watched, FCAA got by Kentucky based Team Breakdown.  We were super impressed with the marksmanship of Luke Fawns (6’4”/WF/2025/Mt. Sterling, KY), who converted 5 of 5 treys, most of which were contested.  Just when we thought Fawns was just a catch and shoot threat, he put the rock on the floor and got to the rim.  We see college basketball in this kid’s future.

Edmond Sumner Select’s 2026 team is also loaded and may have one of the biggest front courts in the country. In the post are James Turner (6’5”/C/2026/Cincinnati, OH) and Brayden Fogle (6’3”/C/2026/Mansfield, Oh).  Turner is a supreme rim protector who blocks multiple shots per game.  However, he’s more than just a defender, as his soft touch around the rim makes him a scoring threat as well.  Fogle is more physical in the post, but he too finishes well near the basket.  Edmund Sumner Select also has quality guard play with Taylen Kenny (5’7”/SG/2026/Northern Kentucky) knocking down 3-pointers and Randy Livingston (6’0”/PG/2026/Wellington, FL) gettin to the rack and finishing.  We’ve seen Livingston twice in as many weeks and he continues to shine in multiple platforms.

Michigan’s D Rice Elite 2025 is a well-built team with solid post presence, guard play and wing scoring. Lance Stone (5’4”/PG/2025/Canton, MI) is a threat from beyond the arc, Armoni Portis (6’1”/SG/2025/Port Heron, MI) can score from the wing via the jumper and dribble drive, while Parker Lepla (6’5”/C/2025/Goodrich, MI) is a load in the post.  Finally, Carolina Heights 2025 has a couple of kids we really liked including JD Bowden (5’9”/PG/2025/Charlotte, NC) and Johnniyus Sharpe (6’0”/WF/2028/Chapel Hill, NC).  Indiana Elite is blessed with talent both from Ohio and the Hoosier State.  Deon Johnson (5’11″/WF/2027/Columbus, OH) is one of the headliners, as is Maurice Hamrick Jr. (5’4″/PG/2028/Hilliard, OH), Cash Daniels (4’11″/PG/2227/Indianapolis, IN) and Amir Clark (5’3″/PG/2027/Columbus, OH).  In the game we watched, Johnson led the team in scoring and rebounding, while Danials handled the point and running the offense.  We were impressed with Daniels’ ball skills and his ability to get to his spots. Hamrick knocked down at least 1 triple and made a couple of plays while we were watching.  Finally, one of the better floor generals we saw was Brandon Davis (5’2″/PG/2027/Louisville, Ky).  Davis was highly skilled, quick and made it tough for defenders to stay in front of him. His first step is deadly and he lived in the paint. We were only in the house for a short time, but we found several gems that made our trip well worth the drive. 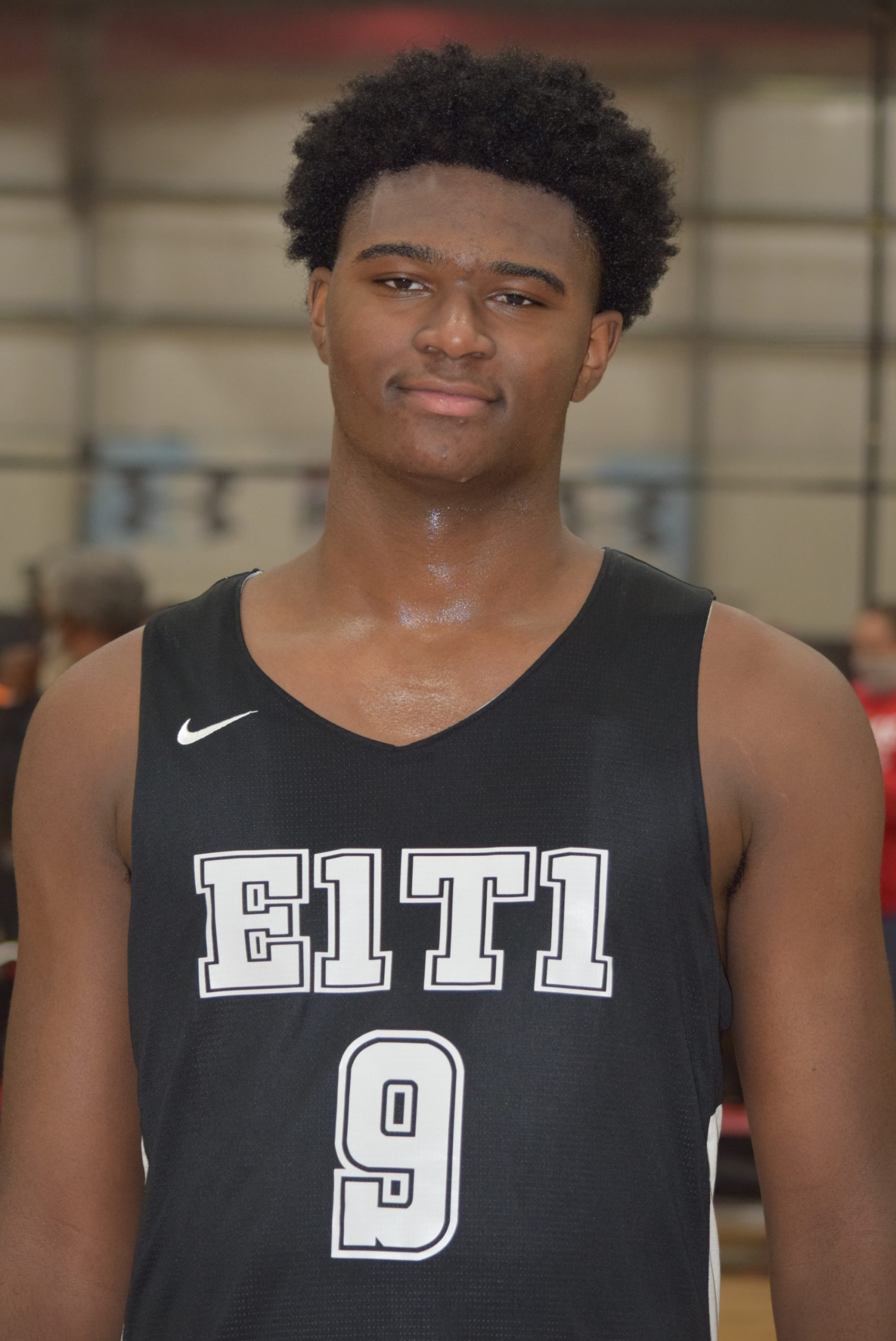 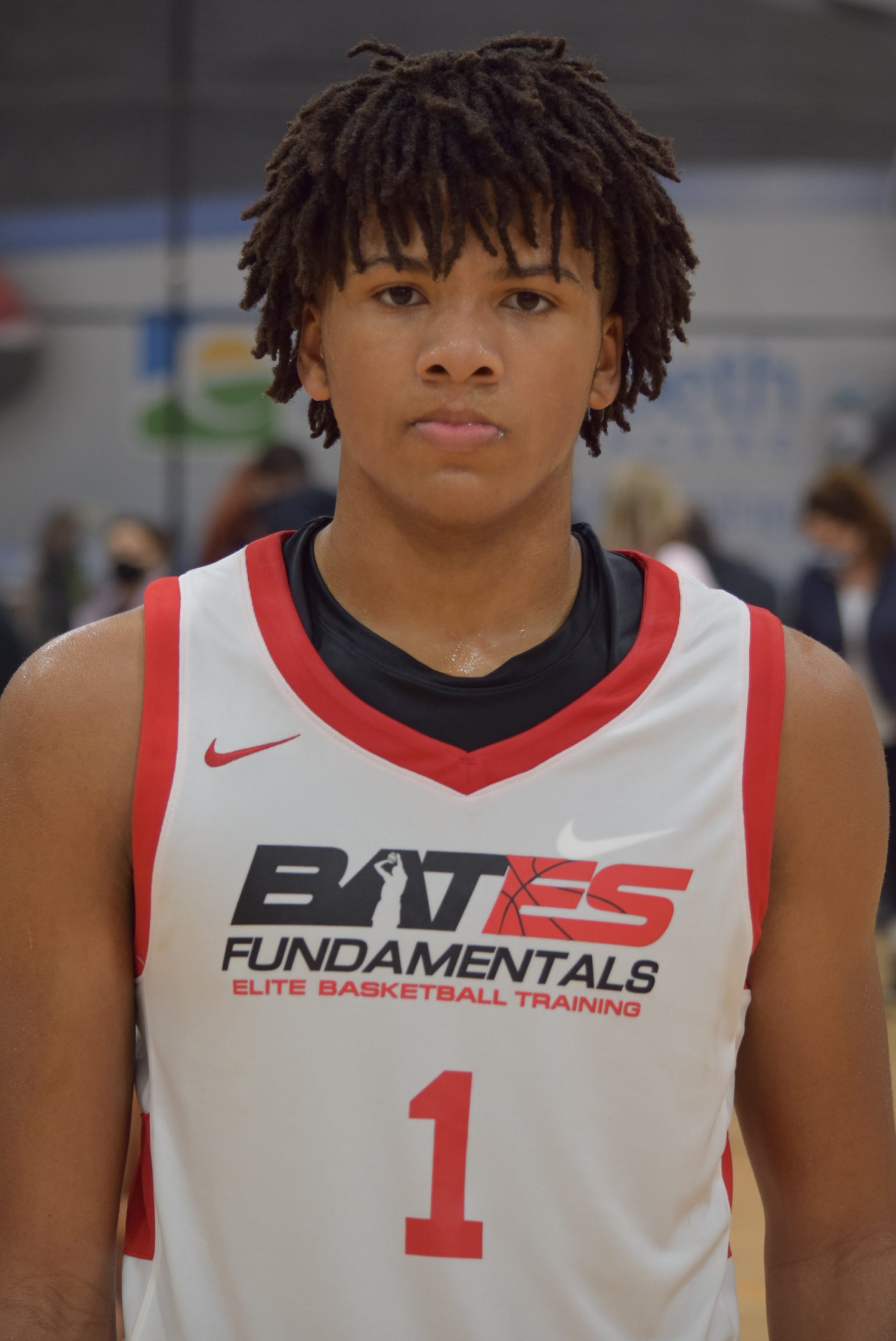 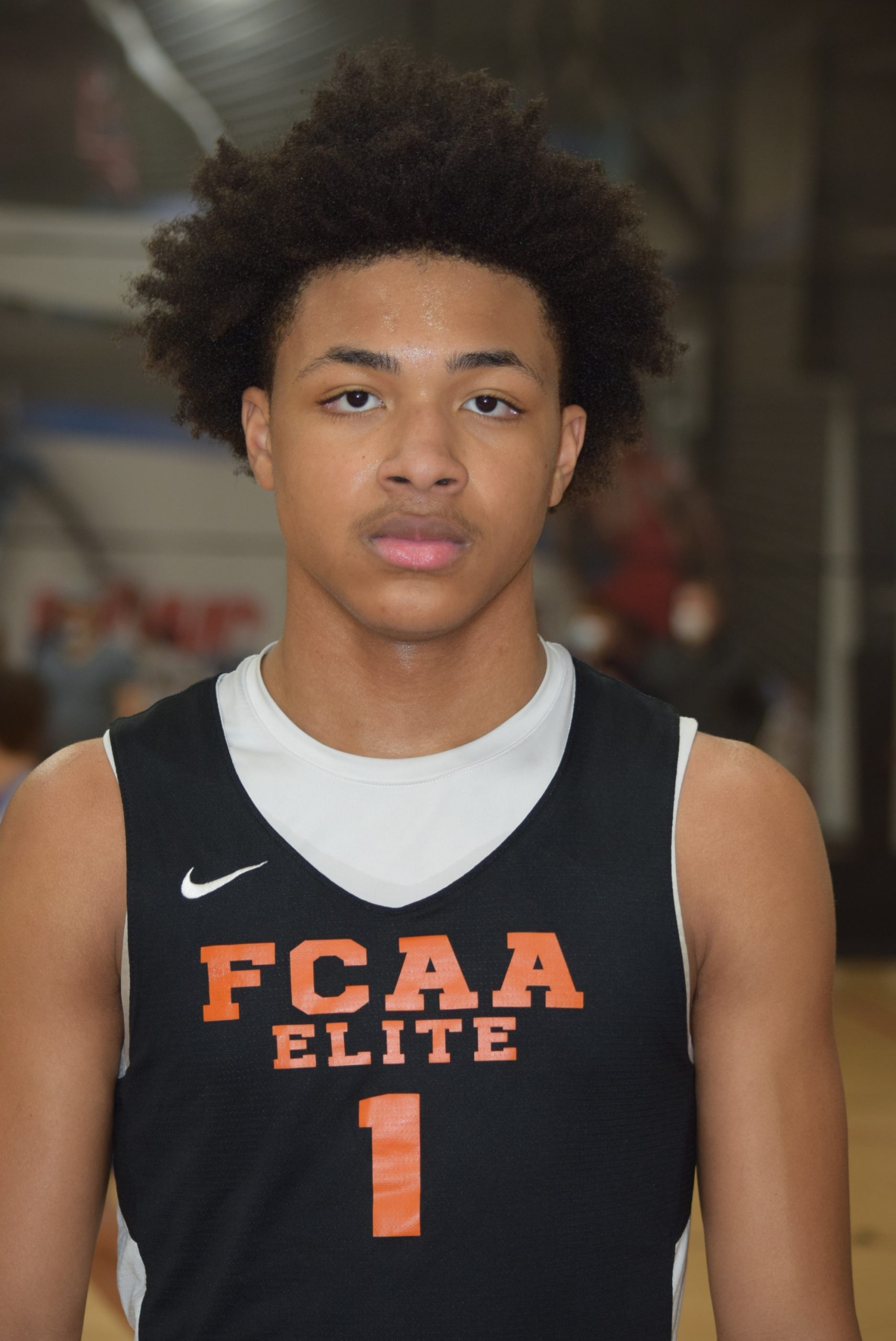 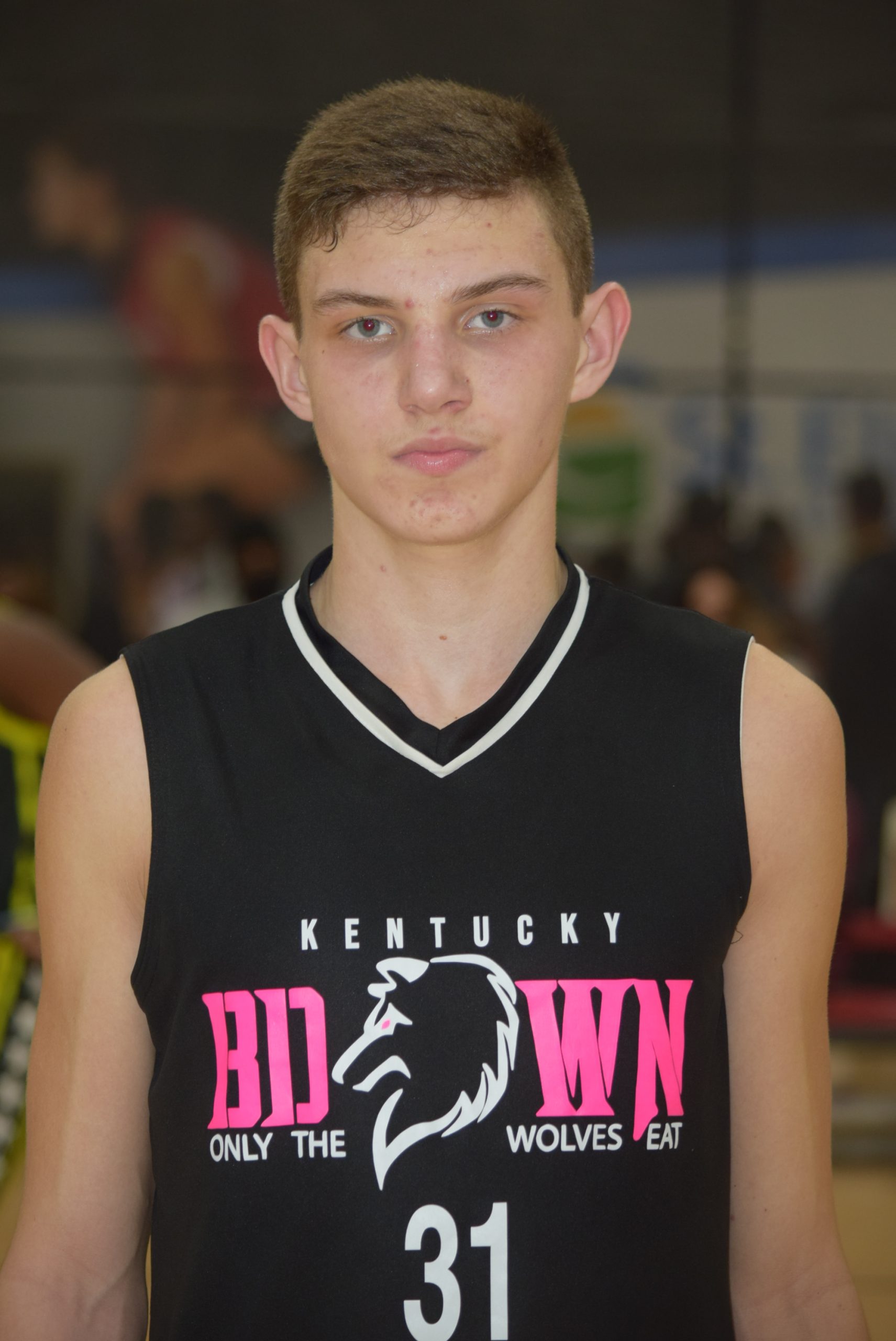 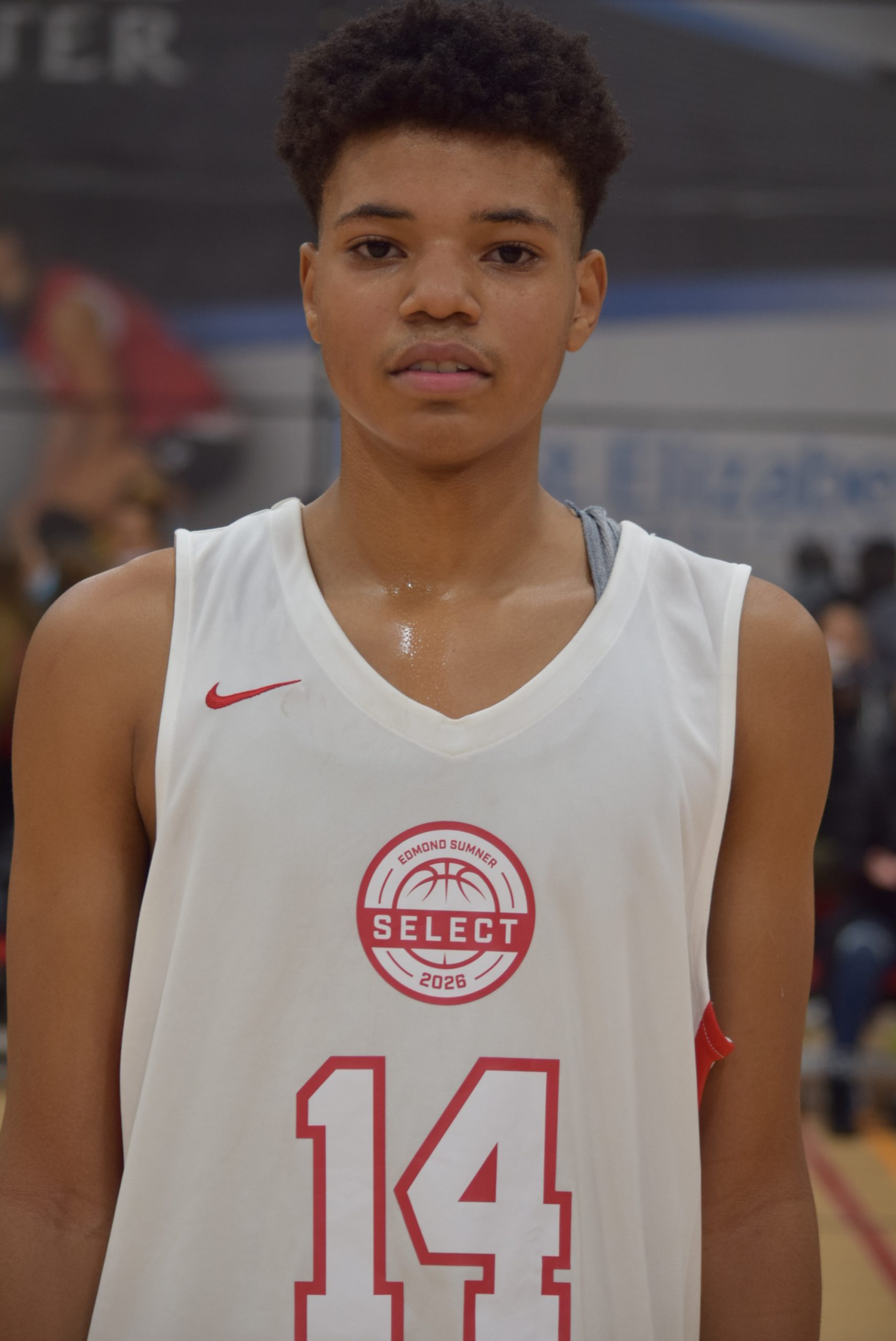 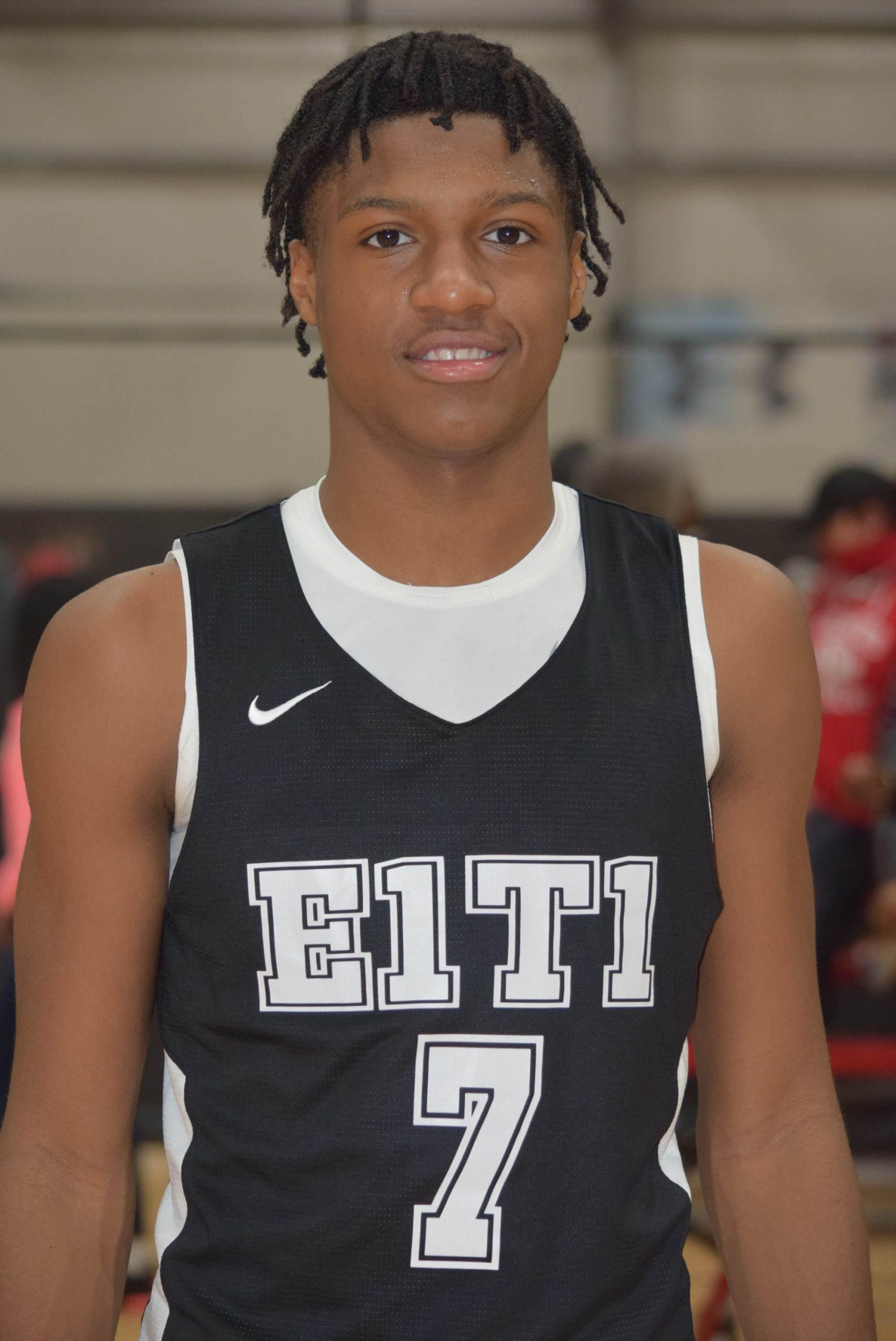 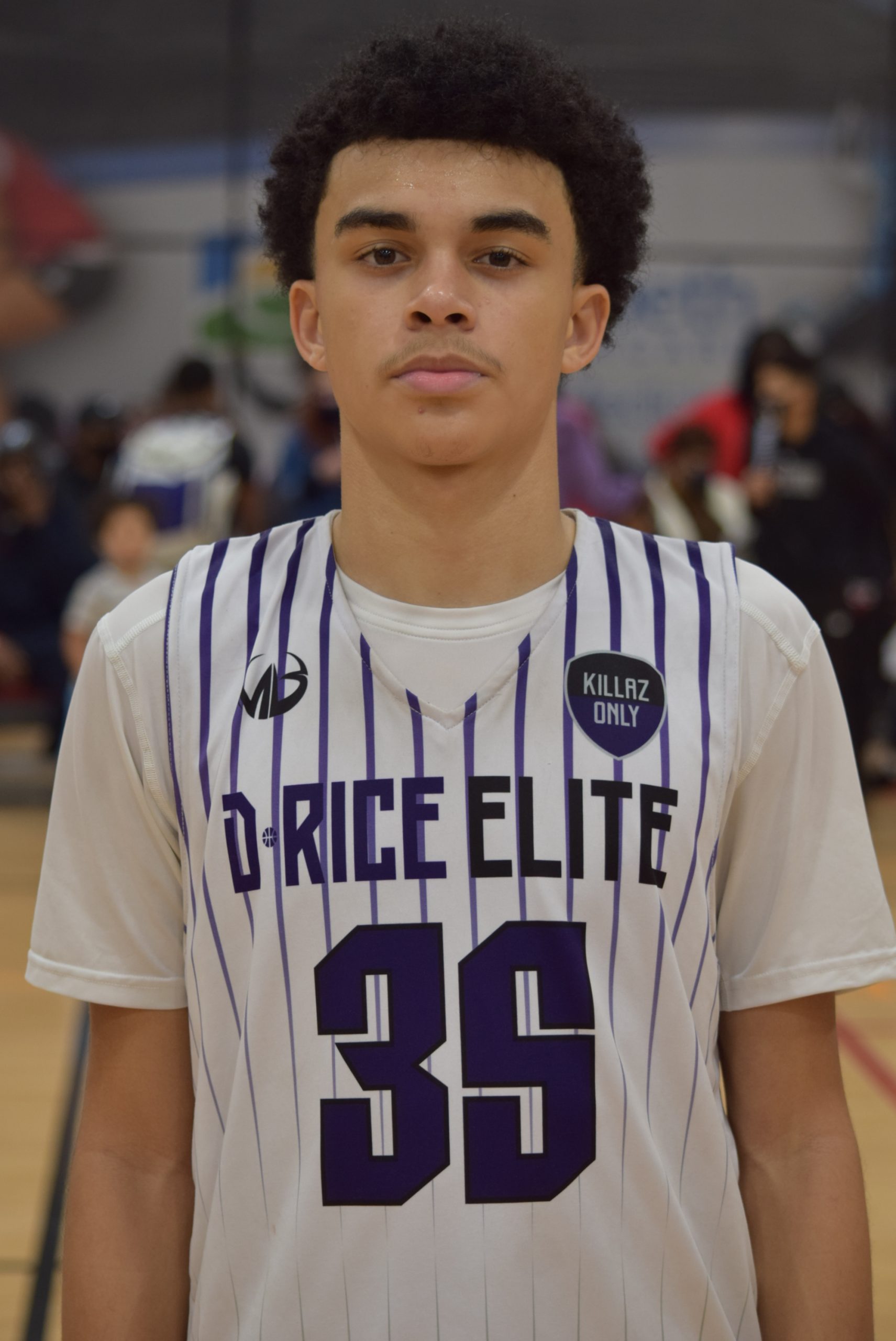 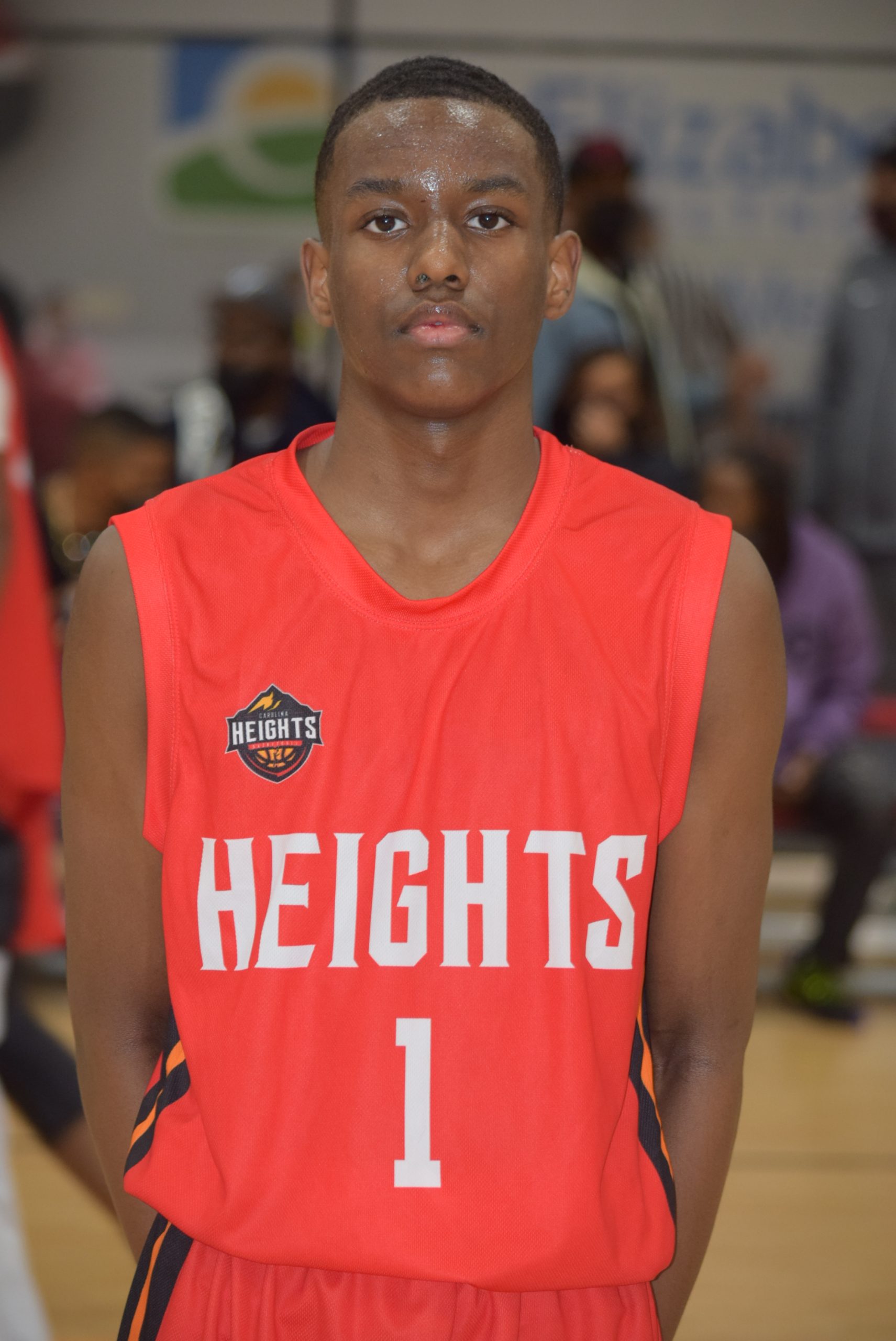 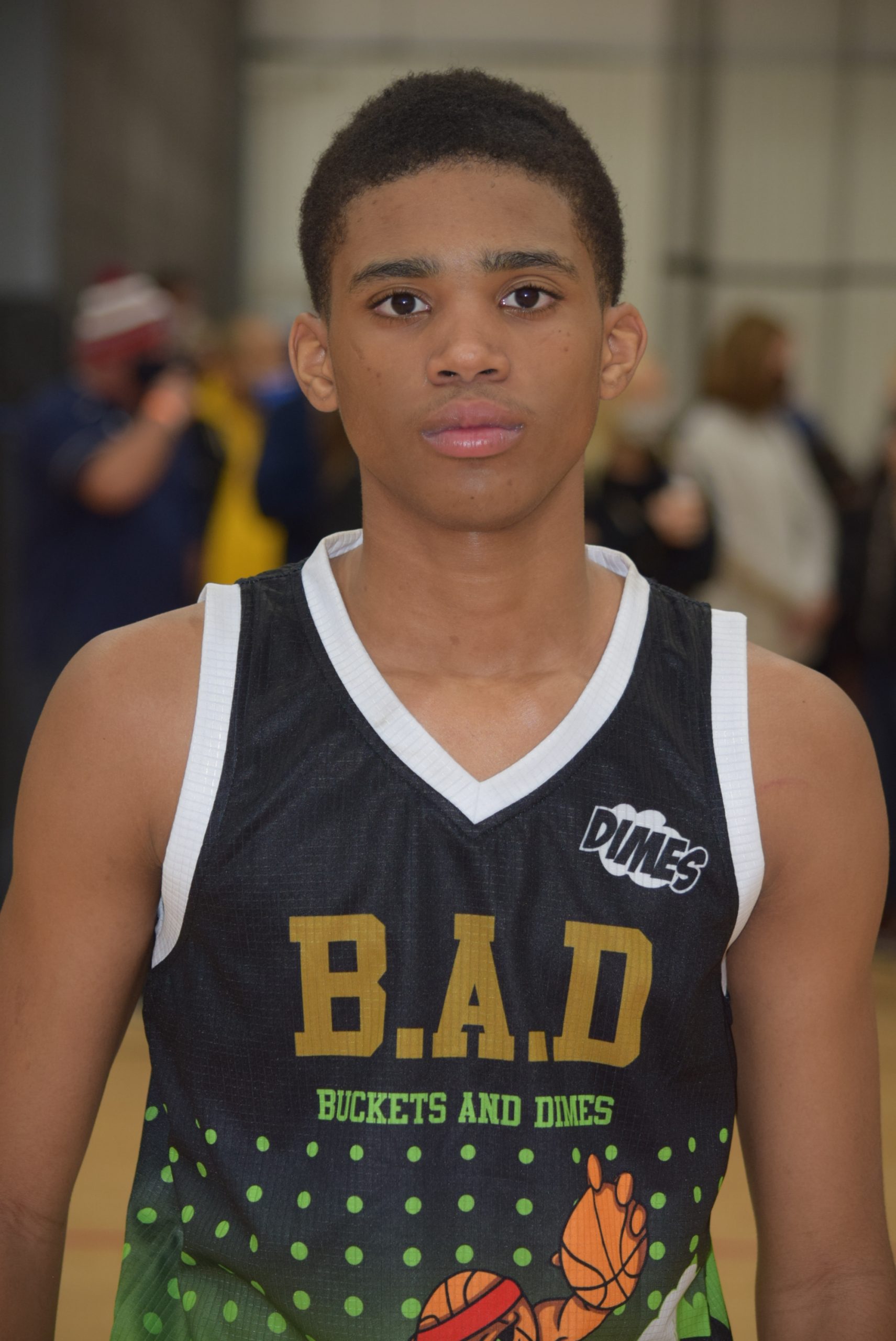 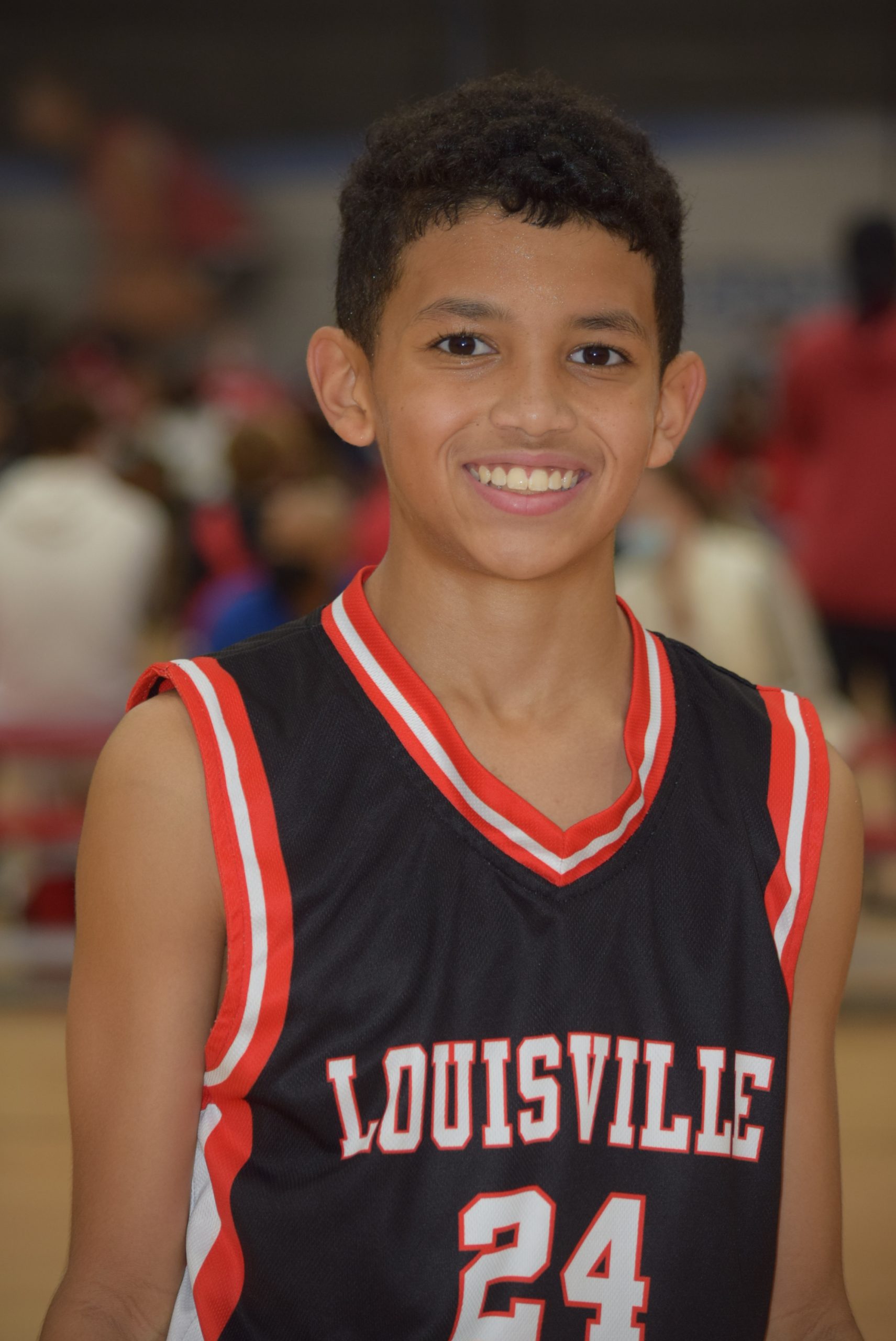 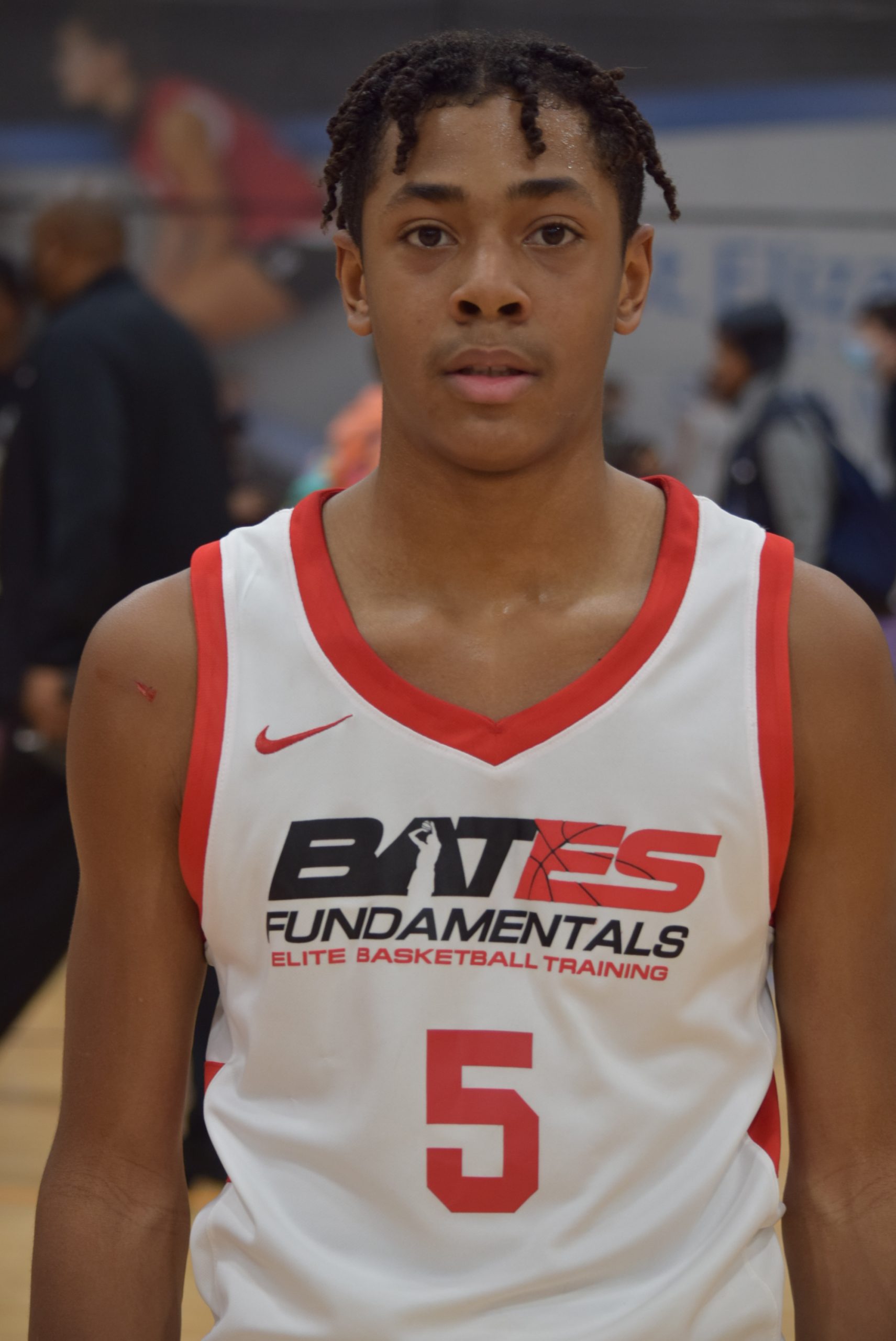 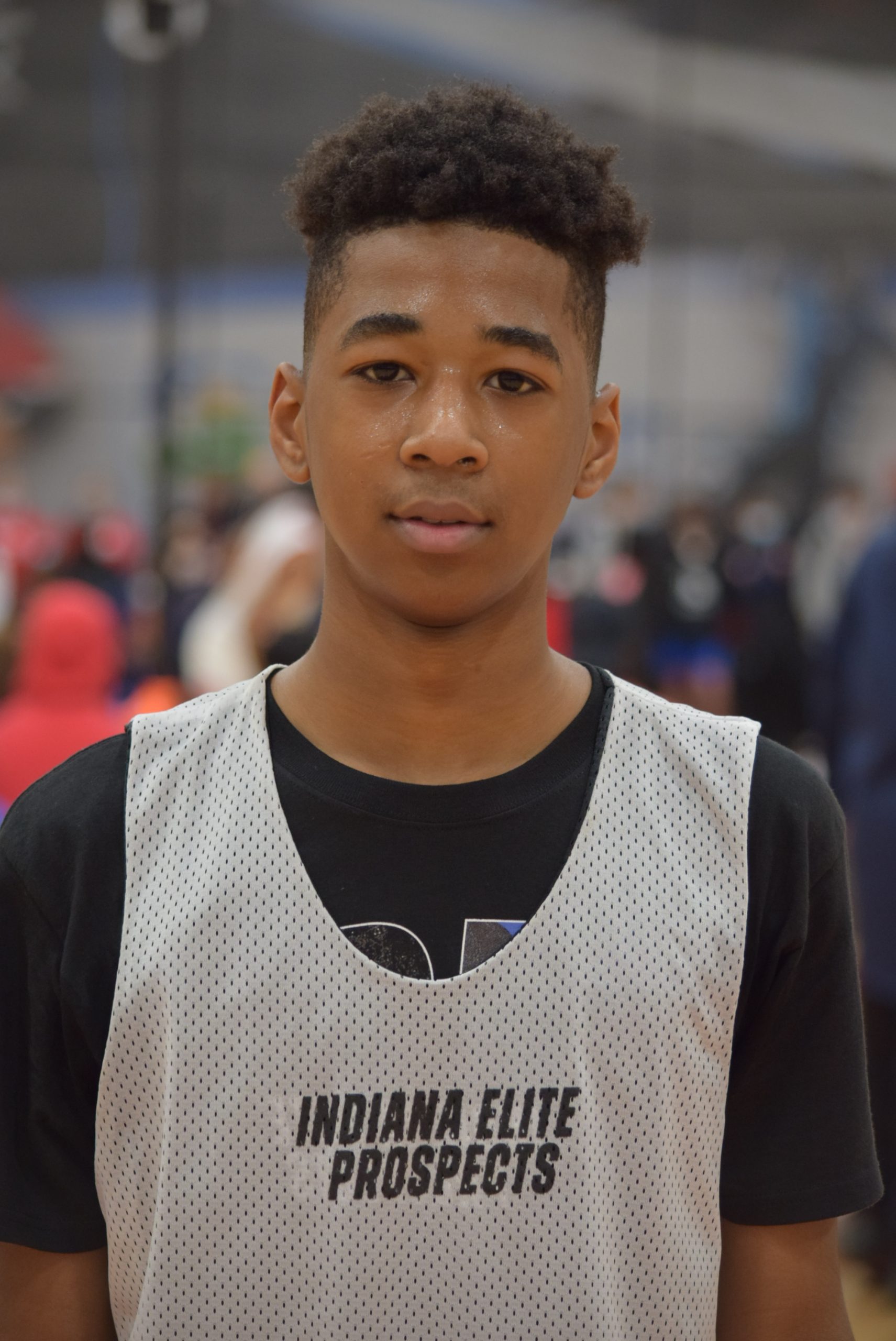 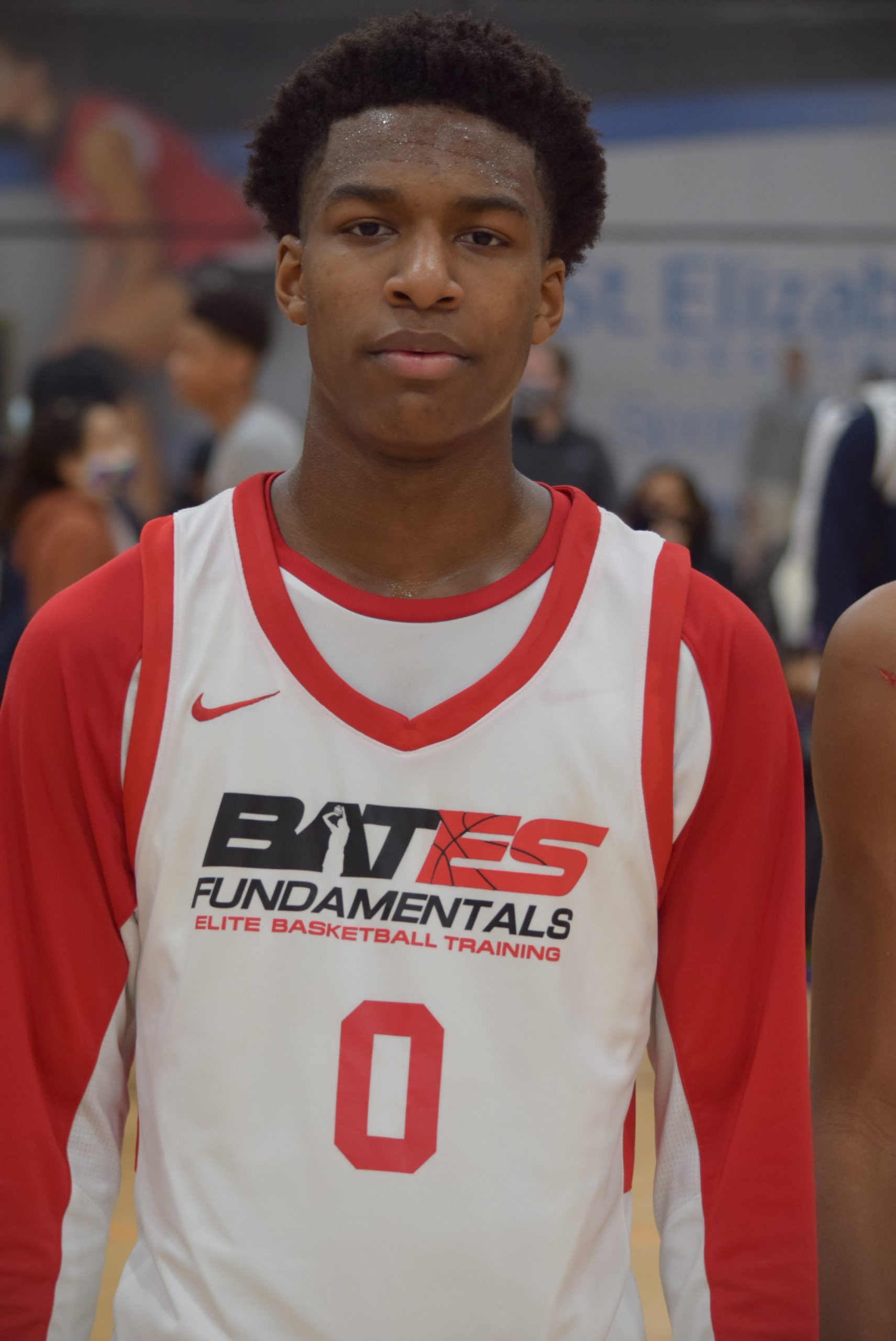 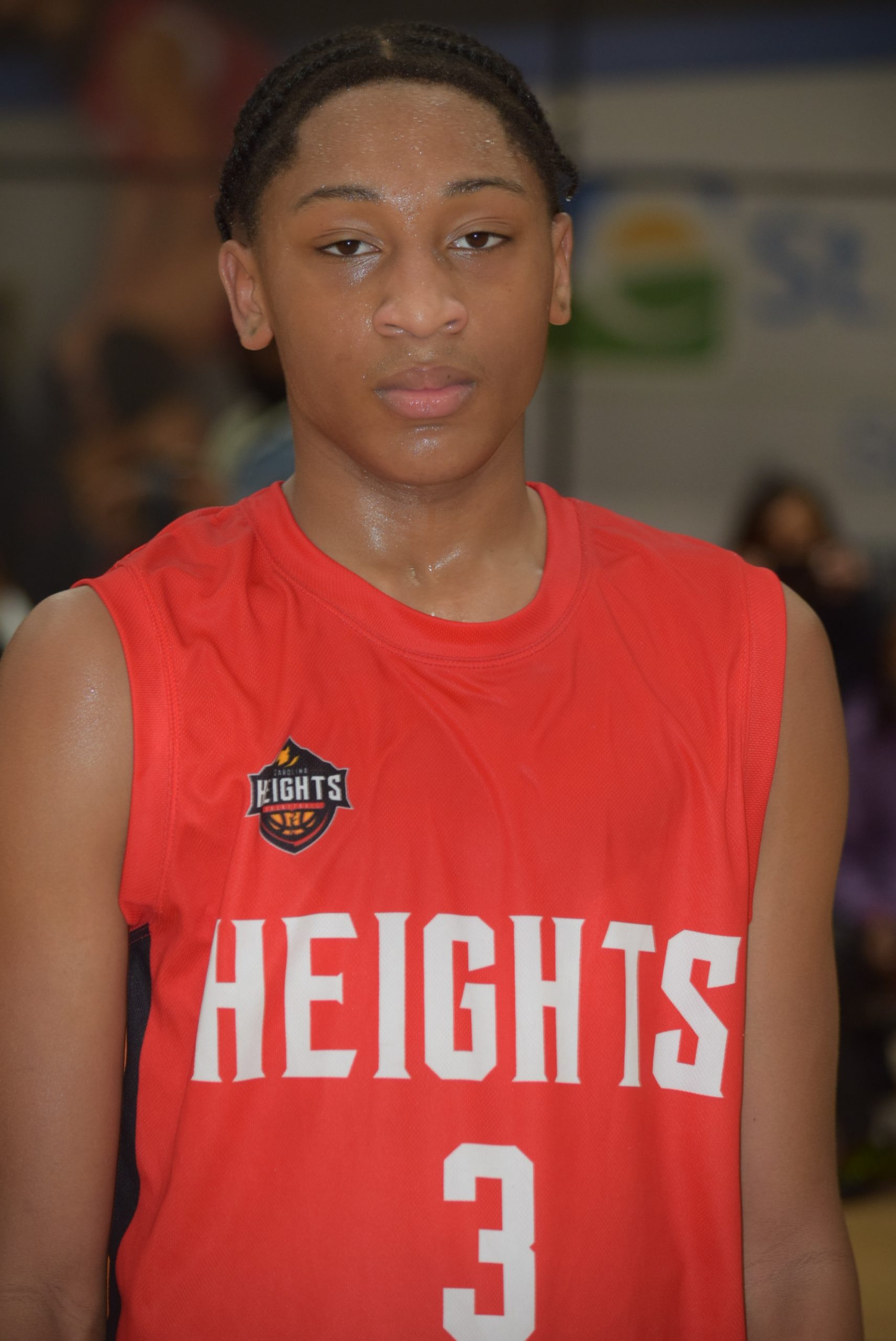 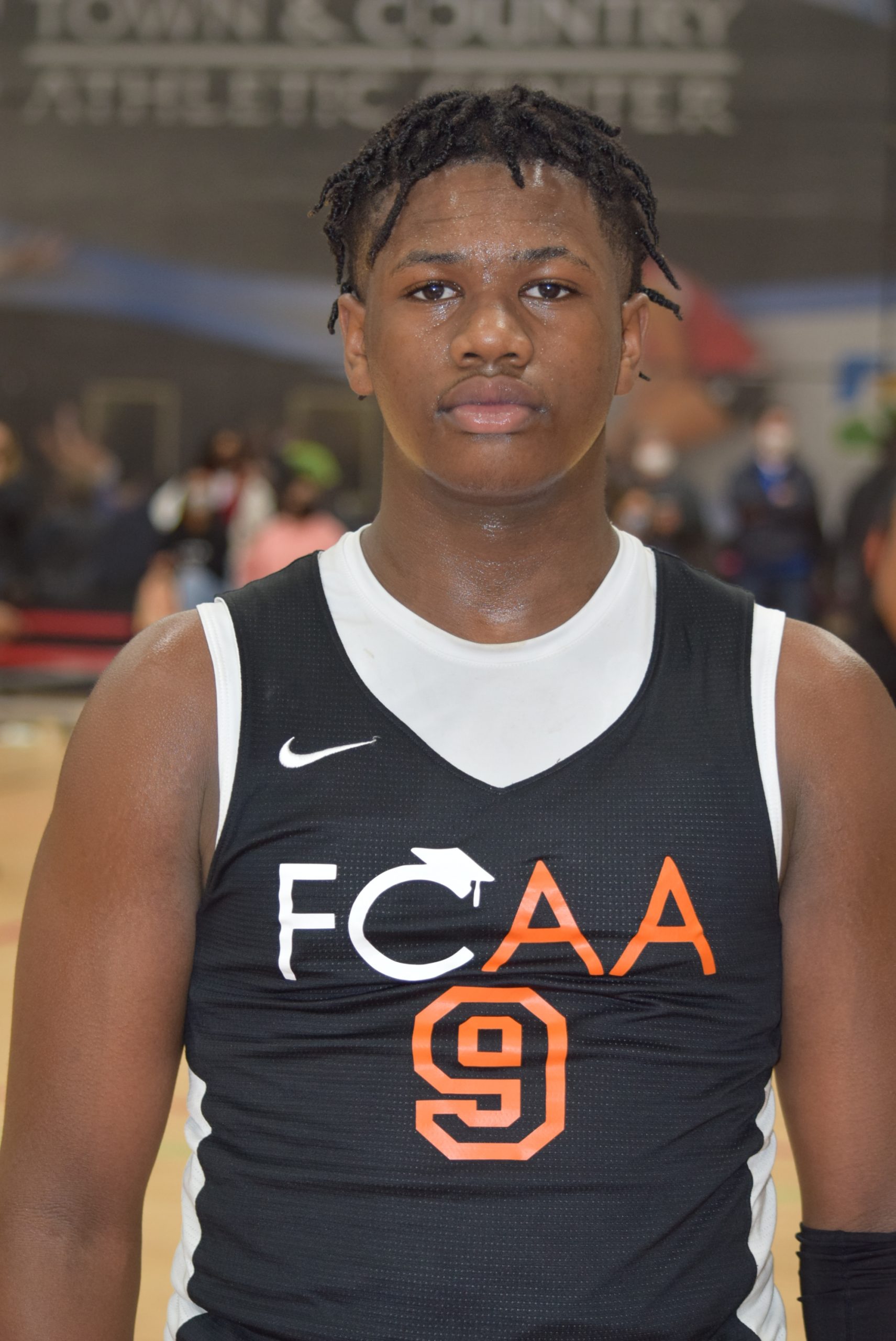 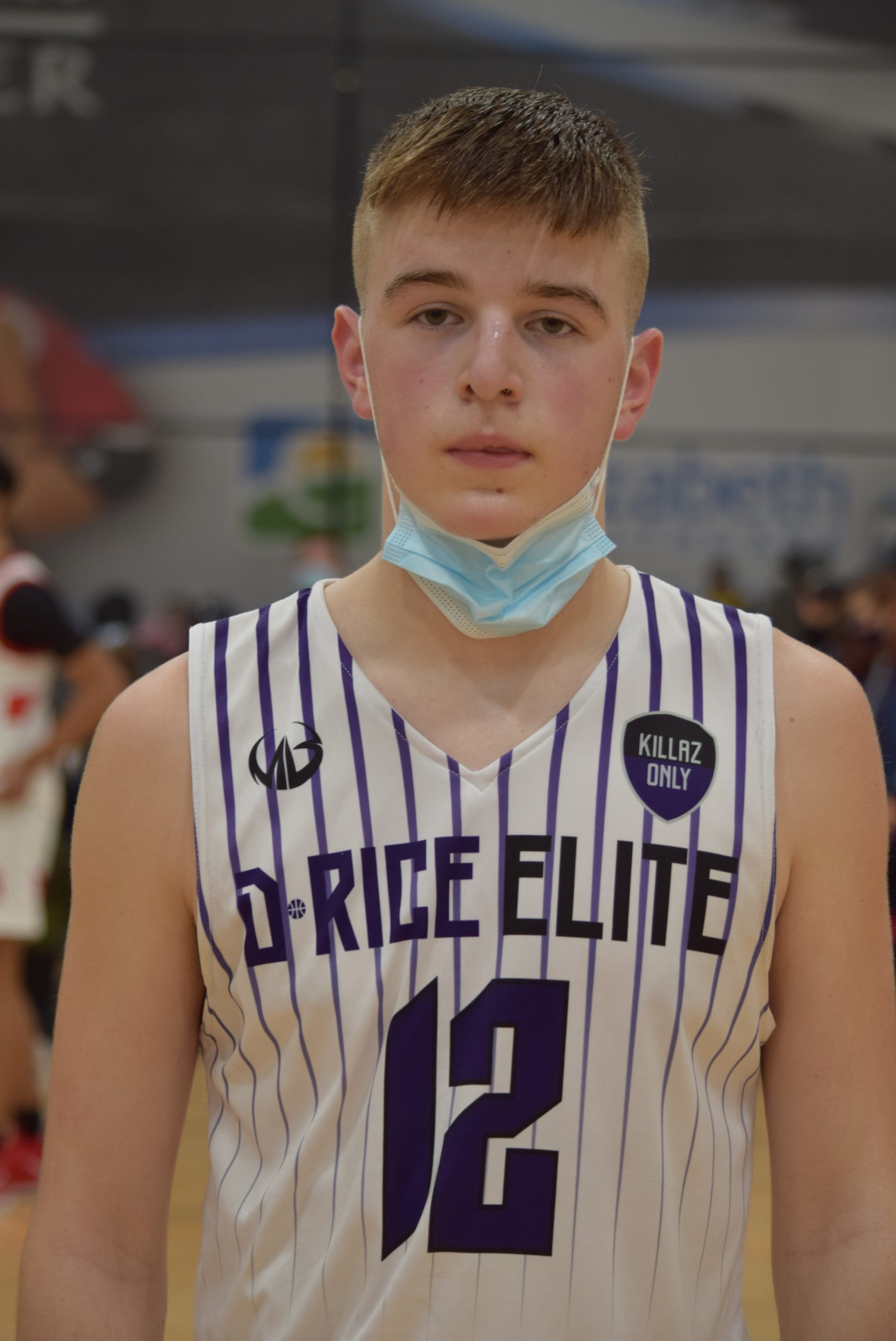 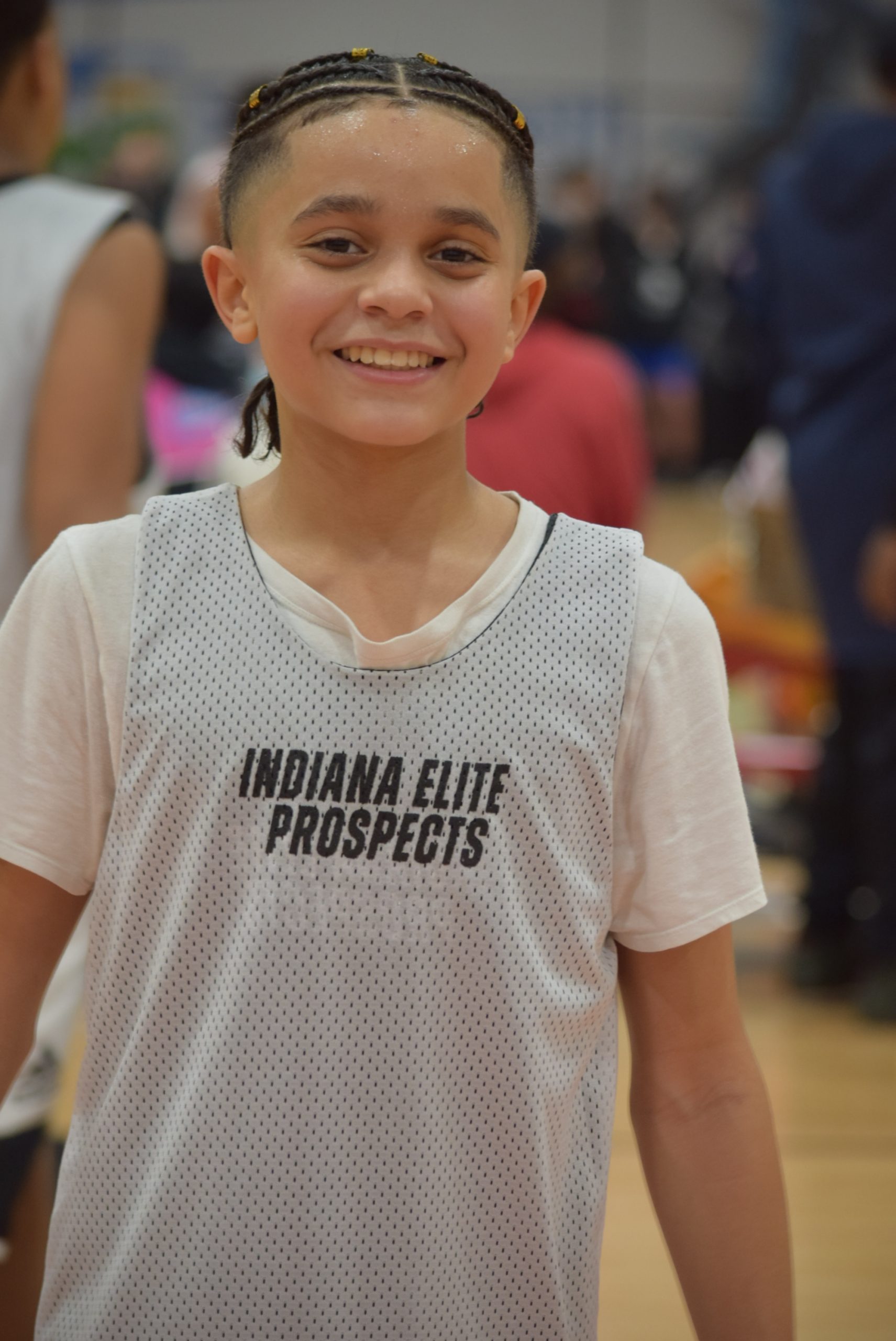 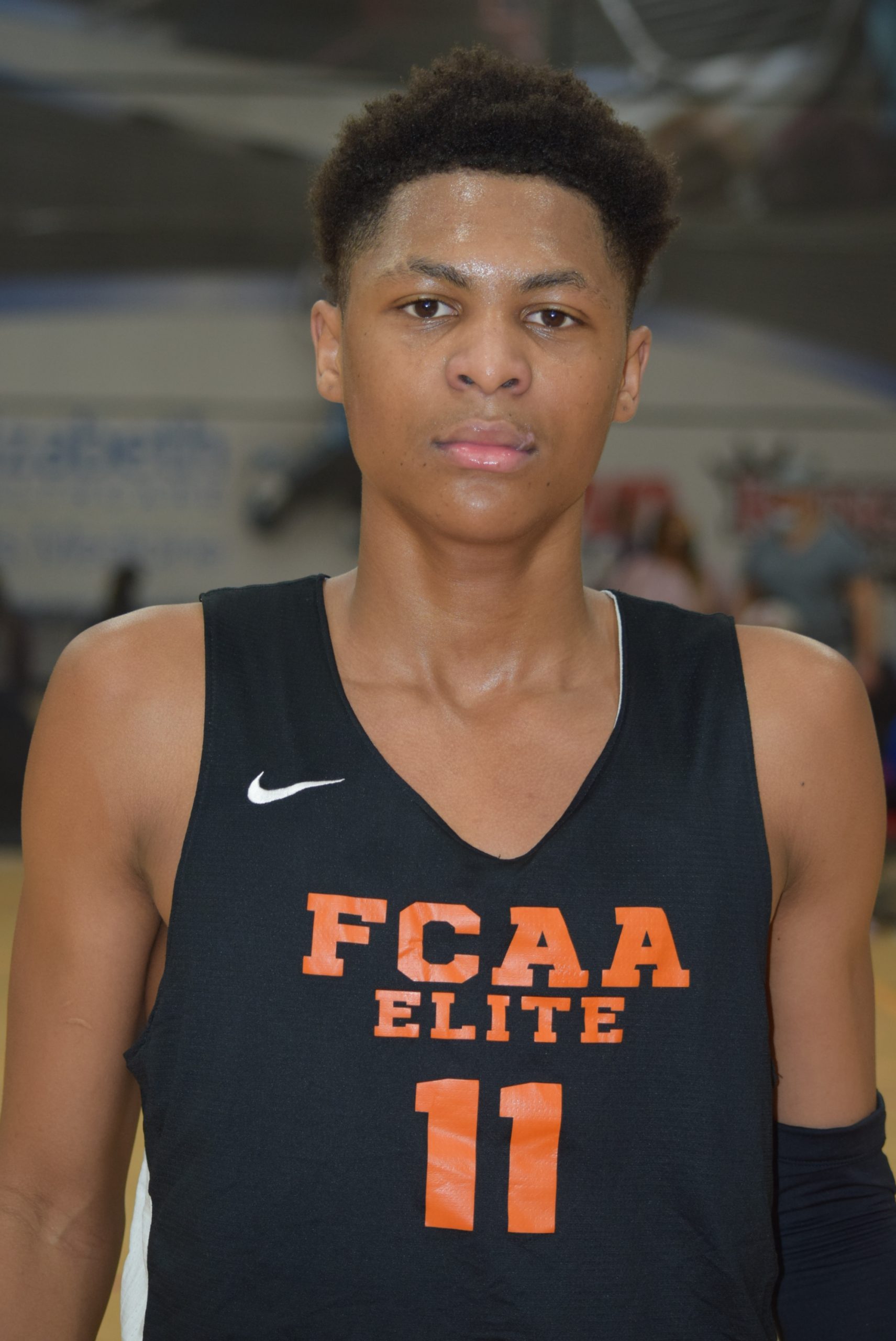 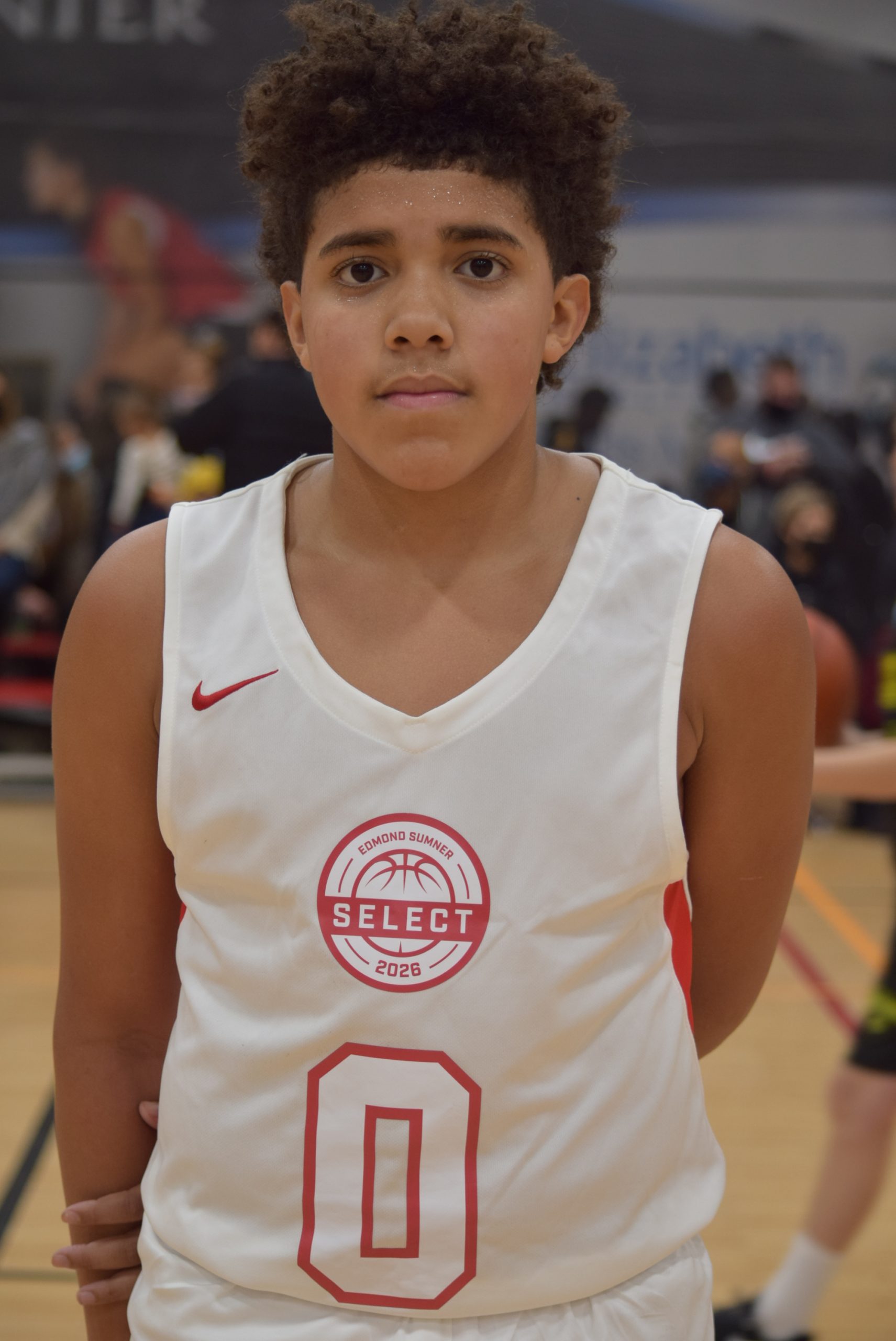 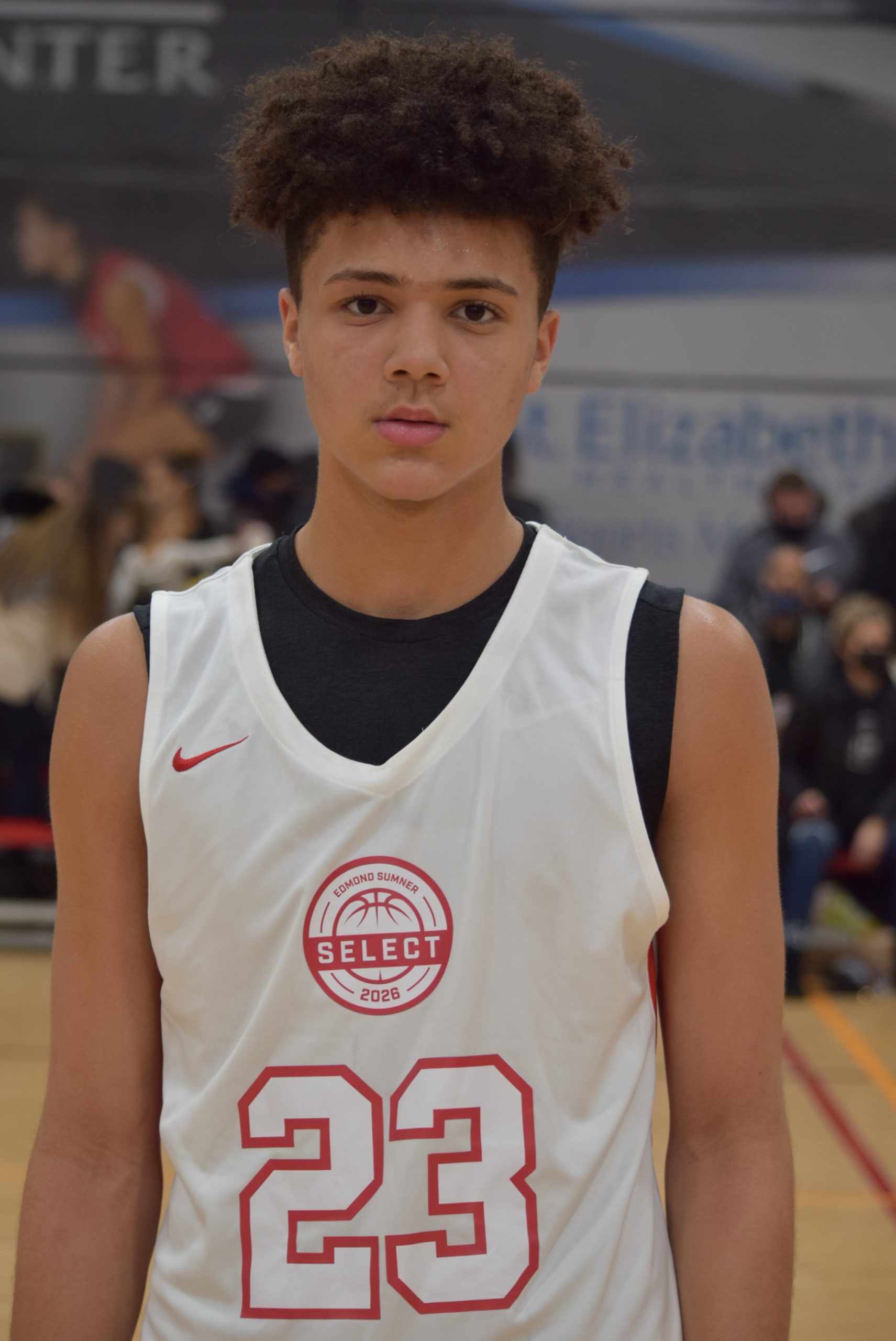 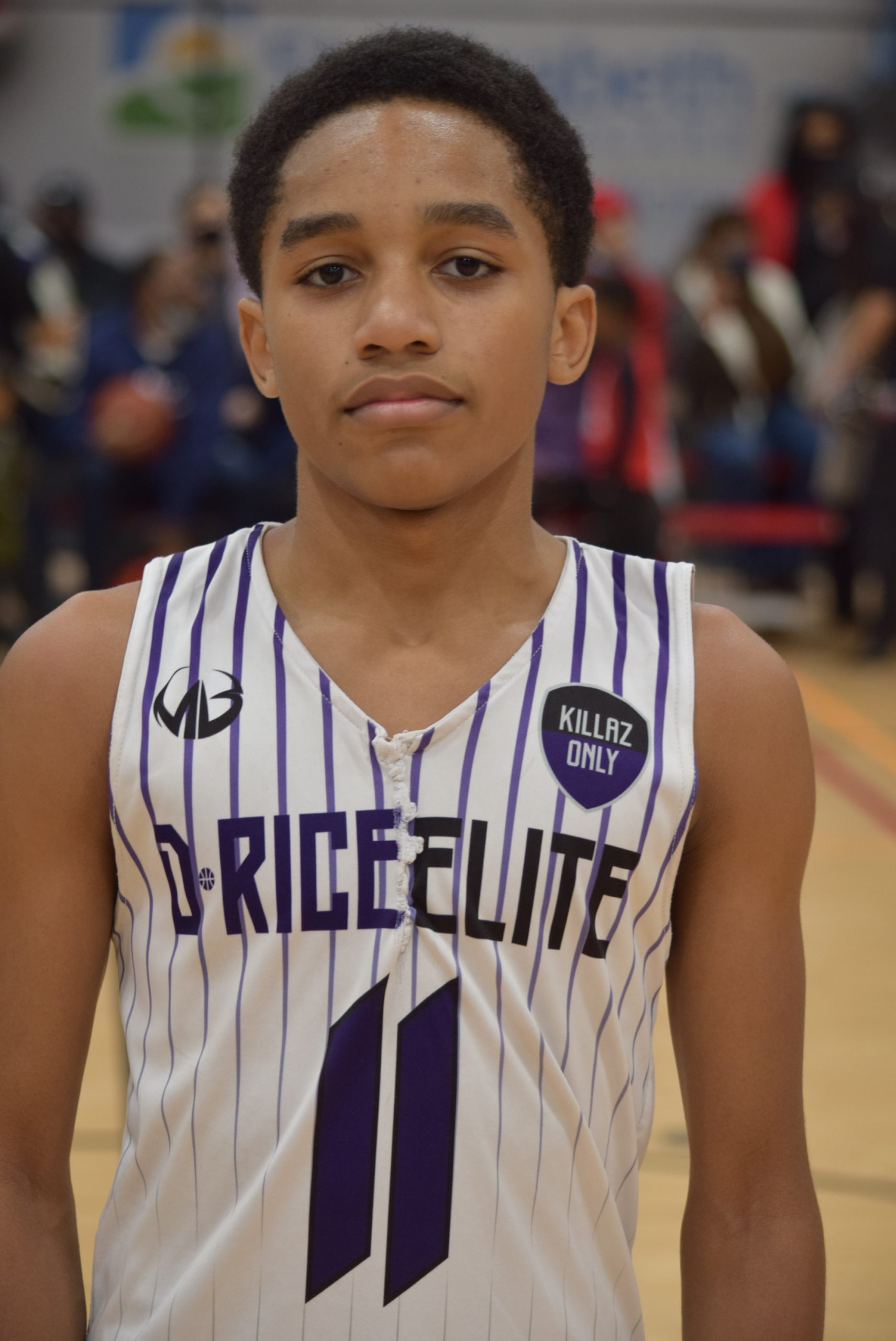 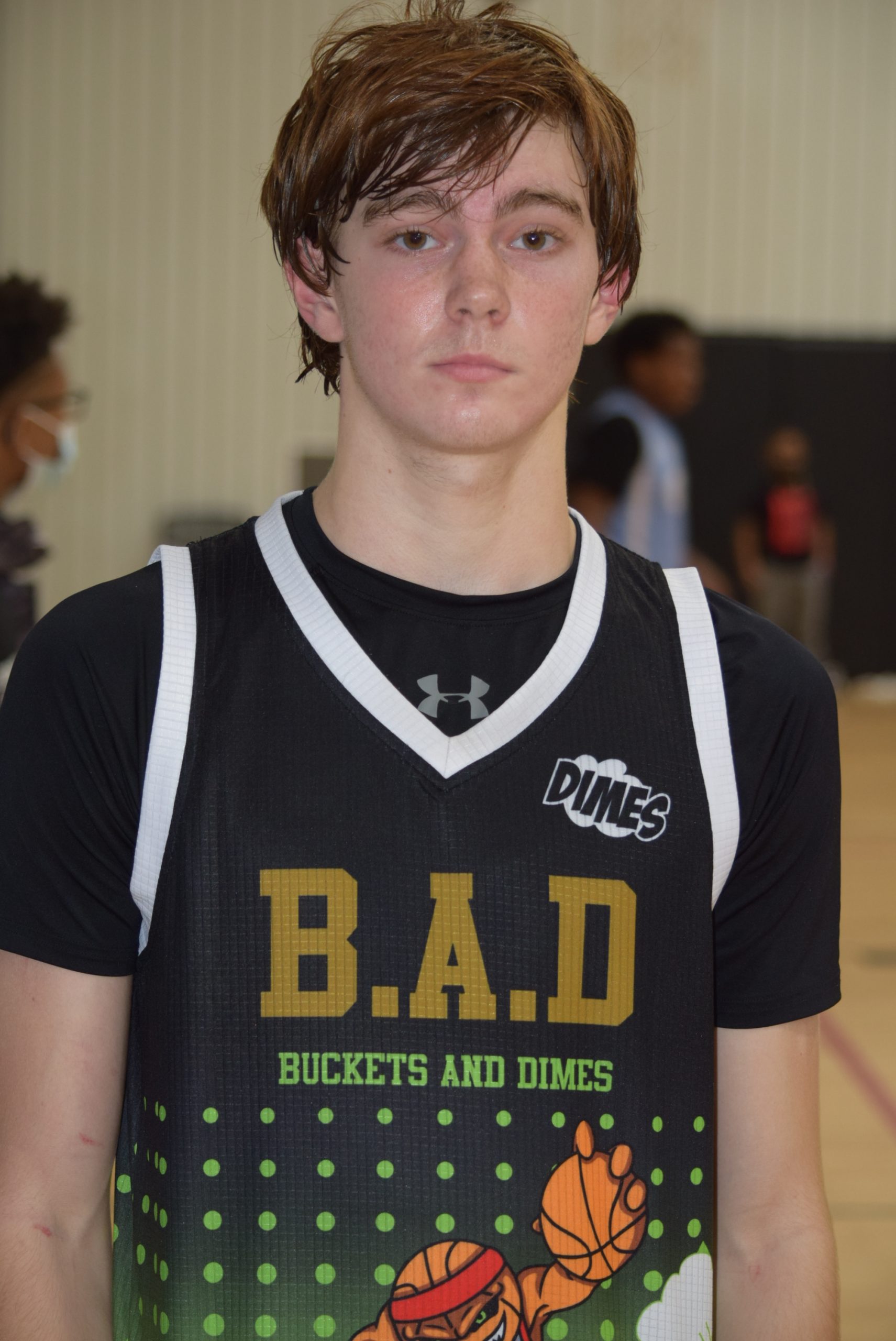 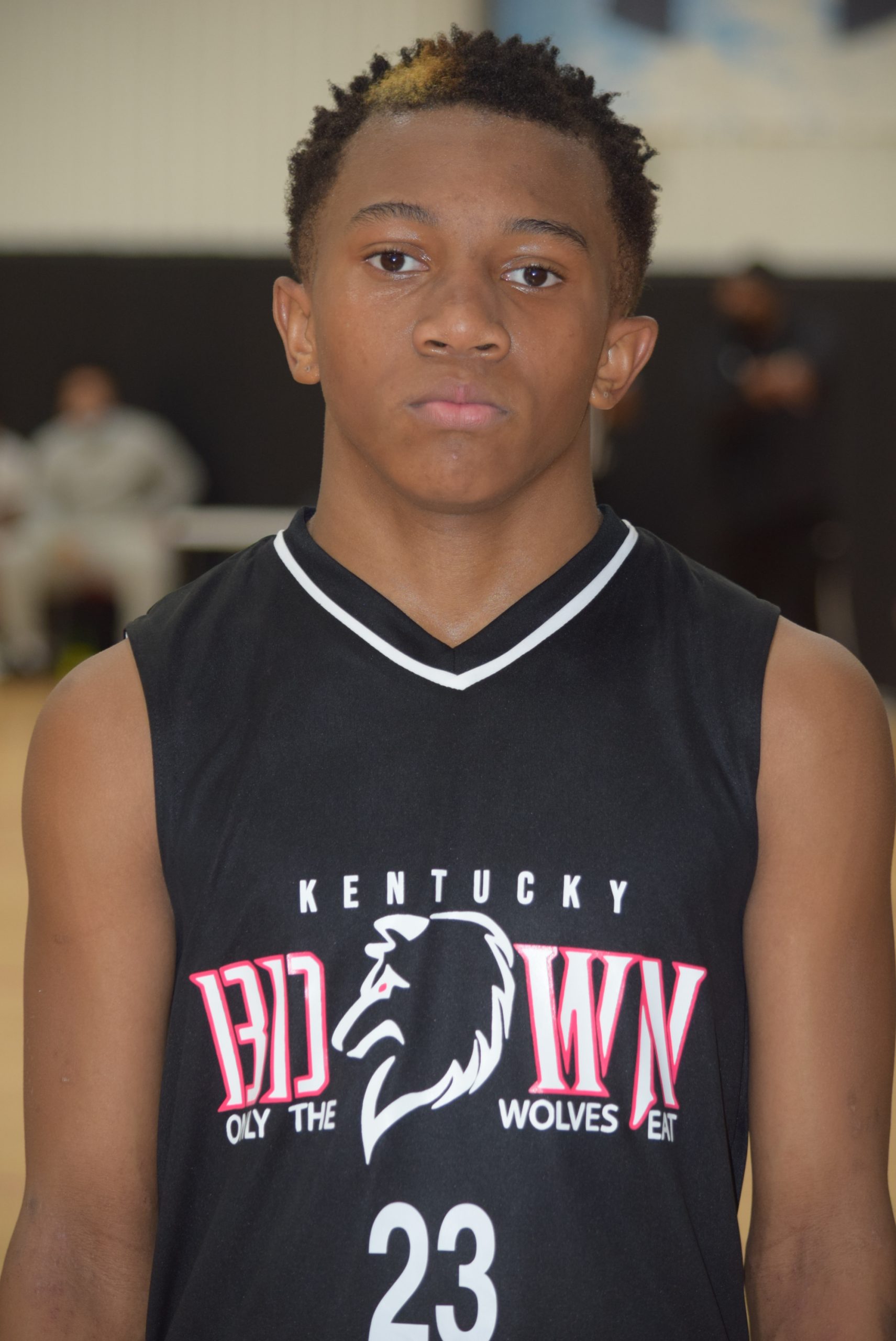