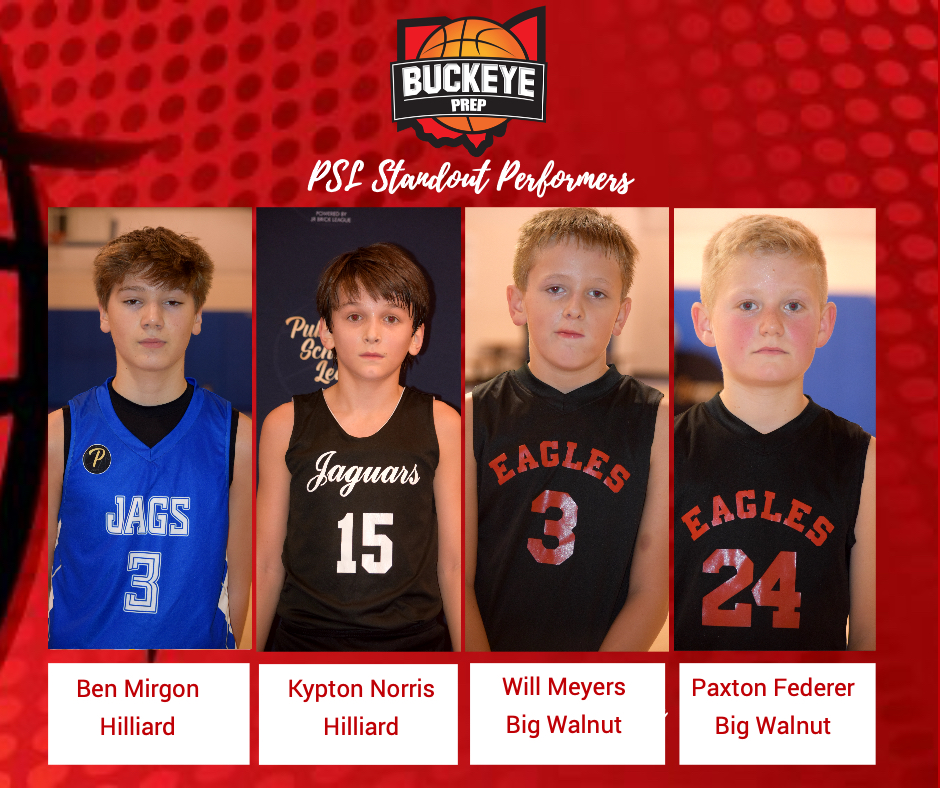 On Sunday, we spent a few hours checking out the action at the Columbus PSL, where we had the opportunity to catch some quality players in action for the first time.  The best player we saw was Ben Mirgon (5’8”/PG/2027/Hilliard), who really impressed us with what appeared to be an all-around game. First of all, Mirgon has good size for his position, he’s a 3-level scorer with his ability to get to the cup, pull up for a mid-range jumper and step into a three ball.  What was as equally impressive was Mirgon’s command of his team; his ability to bark out instructions and to get his team into an offense.  He played with good pace and refused to be sped up. He also has excellent court vision and the ability to deliver passes on time and on target. Further, his IQ is advanced, and his size allows for vesatility and the ability to guard multiple positions.  Look for this kid to be an early contributor to a high school varsity program in a few years, with a chance to play college ball at some level depending on his continued growth and development.

We did not get to see much of him as we were running late, but Kypton Norris (5’0”/PG/2028/Hilliard) has been lighting up the PSL this season. In fact,  the last time we checked, Norris was the 3rd leading scorer in the league, averaging 12 points per game.  Norris is a high school coach’s son and is highly skilled, with a high basketball IQ.  We hope to see more of him before the end of the season.  Speaking of quality floor generals, Will Meyers  (4’9”/PG/2028/Big Walnut) certainly fits the description.  Meyers is a scrappy little pass-first PG who excels at creating scoring opportunities for his teammates. He’s aggressive to the cup, and is able to finish against bigger players in traffic. He also has great vision and the ability to find open teammates.

We also liked Meyers’ teammate, Paxton Federer (4’11”/SG/2028/Big Walnut), who has good size, attacks the basket and finishes at a high rate.  It should be noted that we had Federer listed among Columbus’ top 25 players, so we were happy to catch him in action. We would be remised of we did not mention the Game MVP and leading scorer, Jaxon West (5’0”/WF/208/Big Walnut), who demonstrated an ability to go get buckets. Finally, we saw some good things out of Conner Nolan (5’0”/PG/2028/Lewis Center), who stayed in attack mode the entire game, played hard, and was tough as nails. We continue to work our way around the PSL in the hopes of catching as many of the top players as we can.  Stay tuned for future coverage.