DG Warriors Flying Under the Radar 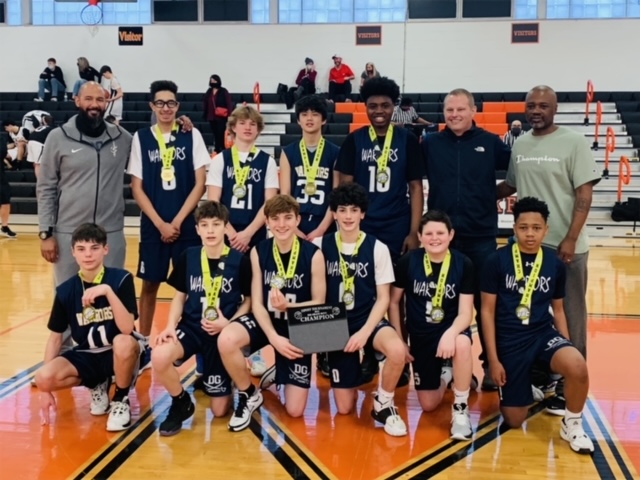 With a 23-3 overall record, including 2 championships and 2 runner-up finishes, you would think that the Cleveland-based DG Warriors (2025) would have more of a statewide profile.  In all likelihood, when and if the Warriors venture out of the Northeast, Ohio area a bit more and match-up against some of the more traditional competitive programs around the state, they can better gage their place among the teams we have ranked in that class.  With that said, the Warriors have some wins against some solid teams such as All Ohio Cleveland and Ohio Buckets, including close losses to Gurus of Go, TNBA and the Stark County Stars.  The Warriors tournament schedule has included the Solon Cage (2-1), Make It Rain Jamfest (5-1), Akron Tip Off Tournament (5-0), March Madness (6-1), and Grizzly Games (5-0). The remaider of the Warriors’ schedule will consist of the Dru Joyce Classic, Las Vegas Classic, and a few All-Ohio tournaments. A few standout players so far this year have been Trevor Turnbull (5’11”/PG/2025), Justin Smith (5’7”/PG/2025) and Cam Patterson (6’3”/C/2025), all of whom are top 20 players in the Cleveland Area. We hope to get a close look at the Warriors and their top players at our future Buckeye Prep events, and we will continue to track the team’s progress the remainder of the season.