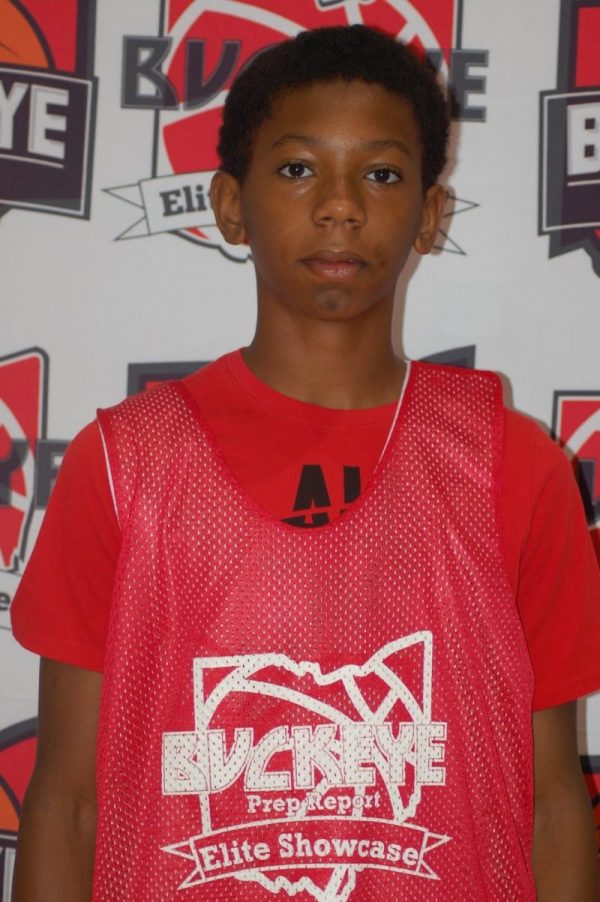 Although it’s probably old news by now, we felt the need to officially congratulate Jerry Easter Jr. (6’4”/PG/2025/Toledo), only an 8th grader, for securing a high major D-I offer from Arizona State University (ASU).  As most of you know, Easter has been a fixture on the national basketball scene for a number of years.  In fact, we have watched Easter grow and develop for many years, as he has been a regular participant in our Buckeye Prep Elite Showcases and  our Buckeye Prep Invitational Tournament. Easter has good size for his position, has elite ball skills, is a 3-level scorer, and is very athletic. He can shoot from deep or break down his defender and score at the rim.

According to Easter’s father, his son was offered a couple weeks ago while he was playing with Hillcrest Prep School’s club team in Arizona.  Not only did ASU’s Assist Coach Reshad Burno reportedly extend an offer to Easter, the University of California also expressed some interest. Moreover, apparently, the University of Oregon might have an interest in Easter as well. It’s also interesting to note, although Easter will still be attending classes at Emanuel Christian High School in Toledo, he will not be playing basketball this season, opting instead, to “…just working out , getting stronger and better, and making trips to Arizona,” where the elder Easter will eventually be serving as an assistant coach.

In terms of this spring summer and travel basketball, Easter will either be returning to Superfriends, or running with Jerry Watson’s All-Ohio program.  According to Easter’s father, he’s currently engaged in talks with Jerry Watson.  In closing, we have to acknowledge that Easter, despite his high national profile, has consistently put his reputation on the line and participated in showcases, camps and elite tournaments, where a target was clearly on his back.  In an era where so many kids avoid events (parents) in an attempt to protect a rankings or reputation, Easter showed up and took on anyone who would challenge his thrown.  We respect that! Despite may who might suggest that early exposure is invaluable, Easter’s offer is yet another example that college coaches are paying attention kids who display early talent! Congratulations to Jerry Easter and his family for this significant accomplishment!  If you want to compete against him or just catch him action, he will be participating in the March 13th Buckeye Prep Elite Showcase.