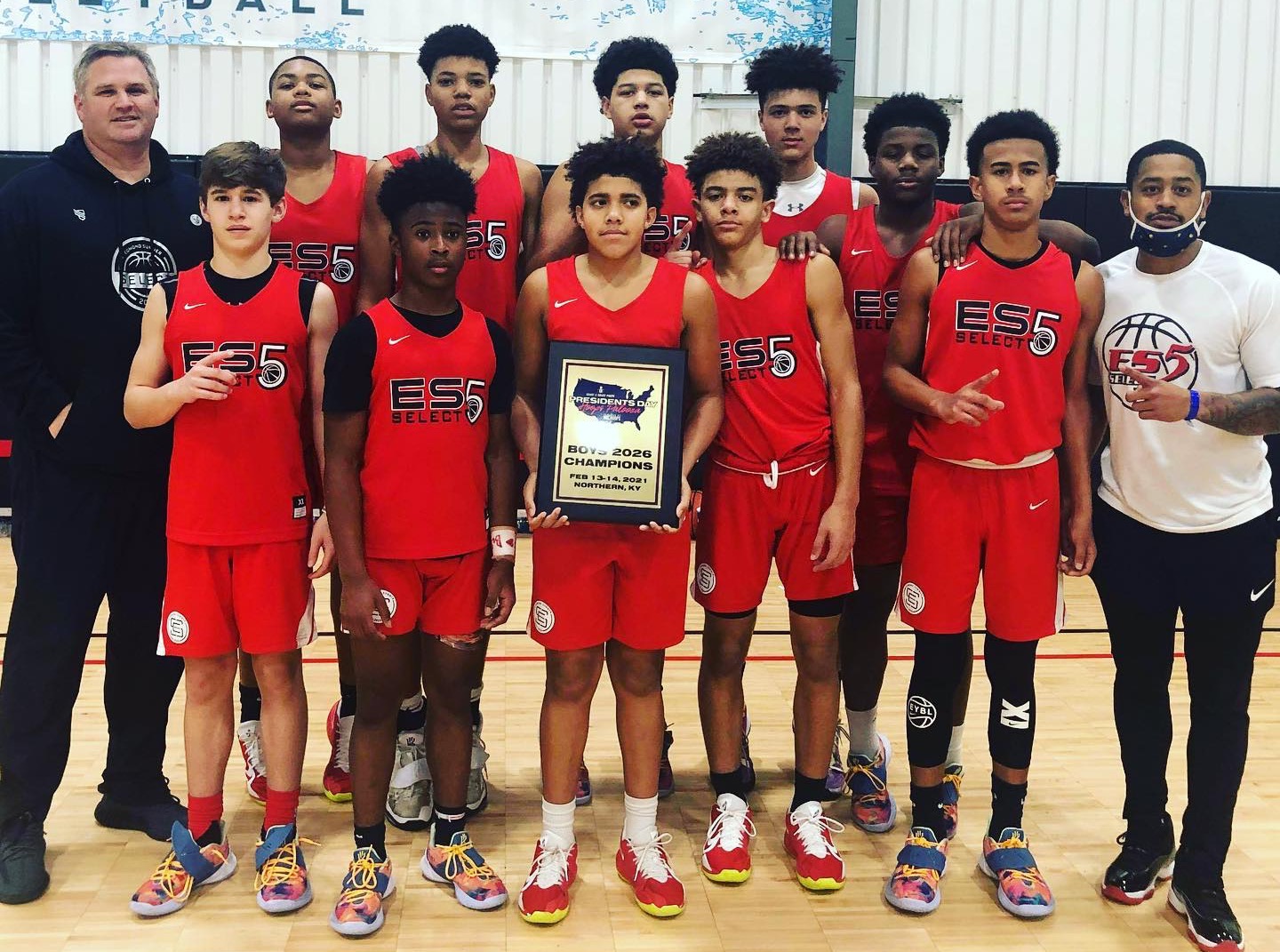 After surviving a 5-0 gauntlet at the Coast 2 Coast President’s Day Hoops Palooza in Northern Kentucky this past weekend, Coach Drew Mitchell’s Edmund Sumner Select (ESS) squad was the last team standing in a super loaded 2026 division. ESS’ road to the title went through an impressive slate of teams such as Team Breakdown, Wisconsin Elite, B Maze Elite (51-31), D5 Global (47-42) and the North Coast Blue Chips (57-51). Of note was the fact that ESS lost to the Blue Chips 3 times last season before exacting some payback on Sunday.  According to Coach Mitchell, the difference in the championship game was “…we just wanted it more; it [the game] meant more to us,” Mitchell told the Buckeye Prep Report.

Standouts for the weekend included: Scoop Smith (5’6”/PG/2026/Pittsburg, PA); James Turner (6’5”/C/2026/Cincinnati, OH); Braydon Fogle (6’5”/C/2026/Mansfield, OH); and Jalen Mercer (6’4”/PF/2026/Cincinnati, OH). Although the ESS roster is loaded with talent and future prospects, according to Mitchell “…there are no superstars; we don’t know who the next standouts from game to game will be.” Next up for ESS is the D5 tourney in Austin, TX where Mitchell’s squad is likely to face more stiff competition.  After that, ESS will be rolling into Columbus, OH for our Buckeye Prep Invitational Tournament, where they will again be tested.  Congratulations to Coach Mitchell, his players and parents for meeting the moment!