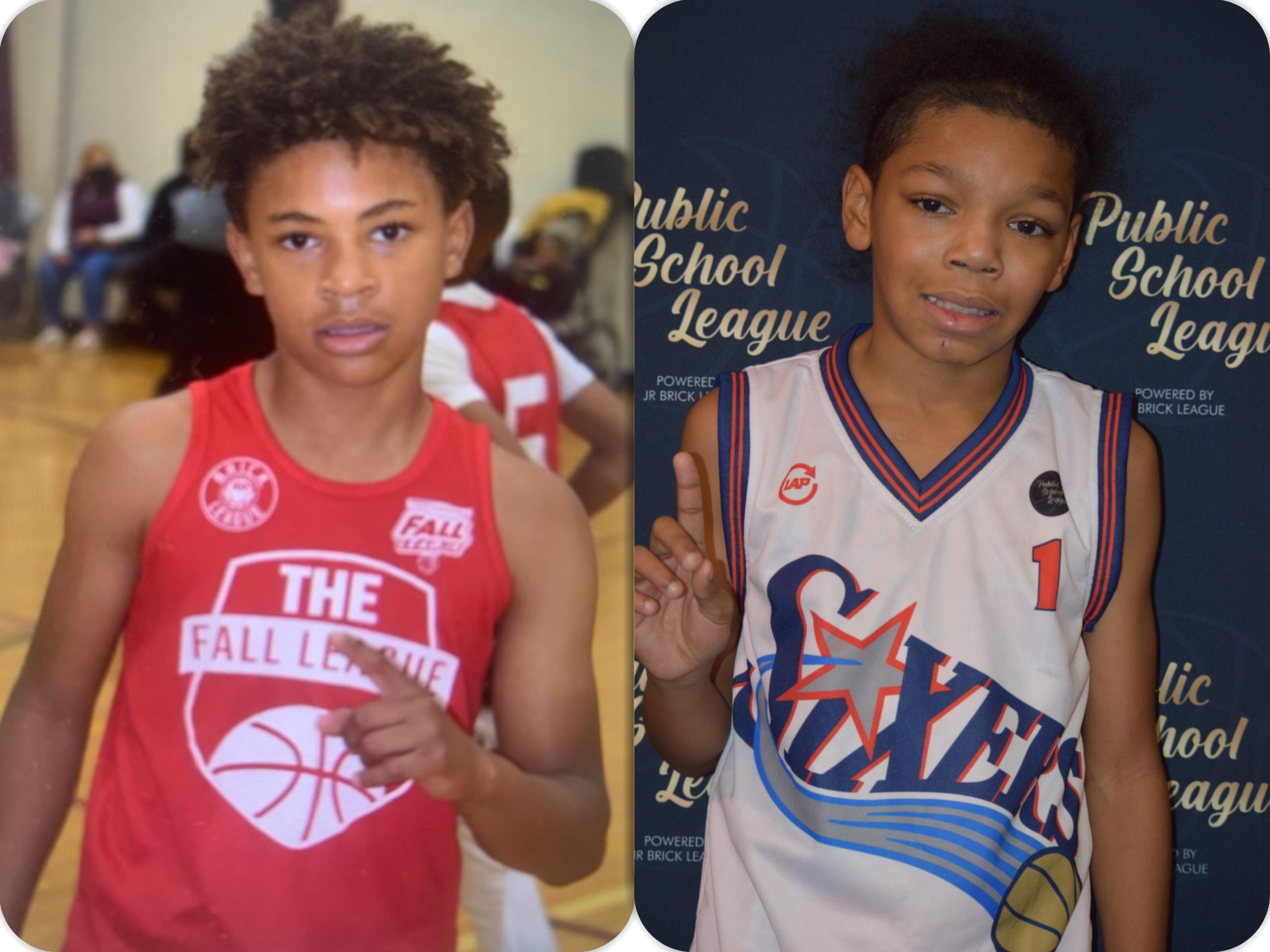 Thanks to the ingenuity of a basketball dad, we had the opportunity to tune into the Pickerington (7-0) vs Westerville’s (4-1) 4th grade COBA League game today via Facebook Live.  Although we stumbled onto the game late, we were not only treated to a very competitive game, we were able to catch possiblly the city’s top 2 floor generals on the same floor at the same time. Both Dallas Stewart (4’11”/PG/2029/Pickerington) and DeLoni Pughsley (5’0”/PG/2029/Columbus) are not only highly skilled with excellent ball skills, court vision and the ability to score at 3 levels, they both are elite playmakers and can stake a claim as the top 2 PGs in Columbus.  While Stewart is more of a household name in Columbus, and the state for that matter; because Pughsley plays up and for an out of state team (George Hill All Indy)  and lived in Lima until recently, he has certainly flown under our radar up until this point. However, this Sunday’s game was not the first time we’ve seen Pughsley, as we just watched him play in a 6th grade PSL game last week, where, because of his impressive play, we featured him as one of our standout performers (see report).  In that PSL game, we considered Pughsley more of a small guard because he was playing up, but he had nice size in the 4th grade game we watched on Sunday. Also, Pughsley has great genetics going for him, as his cousin is Michigan standout and Face of Buckeye Prep, Xavier Simpson.

In today’s game, we did not initially recognize Pughsley, while he put on a scoring and playmaking clinic to the tune of  a gaudy and game-high 28 points, including 3 treys.  In terms of what we saw, he got to his spots, drove to the cup and finished, made plays for his teammates and knocked down several jumpers.  In addition, he was poised, played under control and was in full command of his team.  From what we’ve seen this past week, we think Pughsley’s name should be mentioned among the best players the state of Ohio has to offer.

In terms of Stewart’s play, much of what we said about Pughsley is also true.  We were really impressed with Stewart’s skill set, decision making and his ability to score, while also creating scoring opportunities for his teammates. Stewart was unselfish and consistently delivered passes on time and on target. Moreover, Stewart seems to have grown and bulked up a bit since the last time we saw him, which aided him in getting to the cup and finishing. In terms of his stat line, Stewart finished with 12 points, 8 rebounds, 2 steals and 2 assists.

Although we certainly would have preferred that Pughsley and Stewart would have matched up and gone more head-to-head, the limited battle has us anticipating the next time the two guards take the floor together.  However, from what we heard, a rematch is scheduled for some time in January.  We plan to be there with our popcorn!  Oh, by the way, Pickerington defeated Westerville by a score of 39-49.  Also, the leading scorer for Pickerington was Antiono “TT” Williams (5’4″/C/2029/Pickerington), who was dominant in the post, while dropping a team-high 20 points.  If you want to go head-to-head with Stewart and Pughsley, or just want to catch them in action, they both will be competing in our March 13th Buckeye Prep Elite Showcase which will be held at the TAD Sports Center in Granville, Oh.  We plan to keep an eye on both of these 2 floor generals.