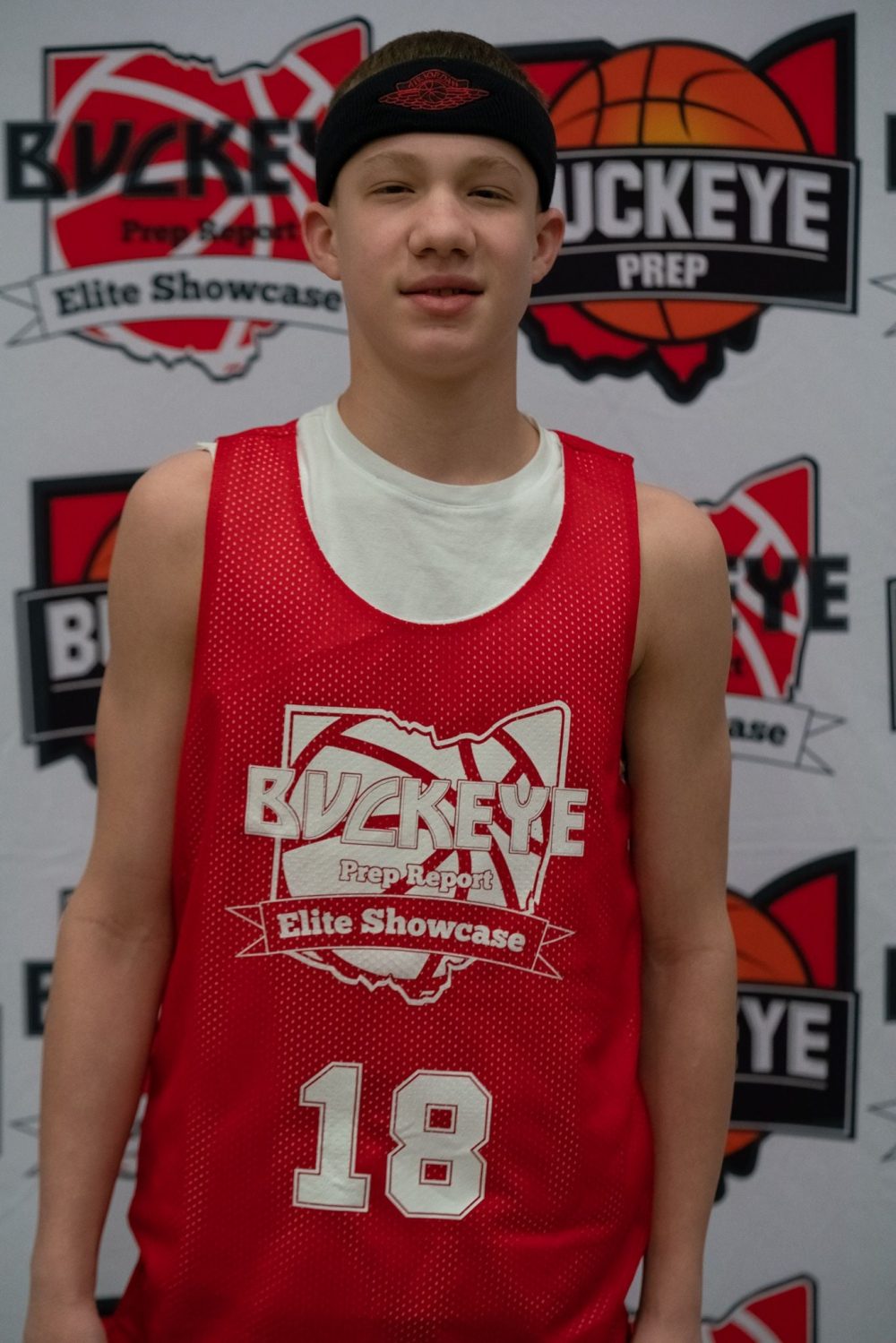 Arguably one of the best shooters in the state in the class of 2027, Brody Fields’ (5’8”/PG/2026/Teasy Valley) long-range marksmanship helped power his Teays Valley East Middle School squad to a 11-0 overall record and a Mid-State League championship.  For the season, Fields led his team, and the league for that matter, in scoring, averaging an impressive 24 points per game.  For his efforts, Fields was selected as his team’s Offensive Player of the Year Award.  Also, his ability to shoot the rock has garnered him state-wide attention. In fact, in terms of Ohio rankings, we currently have Fields ranked among the top 10 players in his class. But hold on, he’s not just a scorer, as Fields’ ball skills allow him to get into the paint where he can either score or make plays for teammates.  According to his father, Fields “…puts up a couple hundred shots a day.” This spring and summer Fields will be running with the Circleville-based Martin Spartans travel team. We look forward to getting a closer look at Fields next week at our Buckeye Prep Elite Showcase!