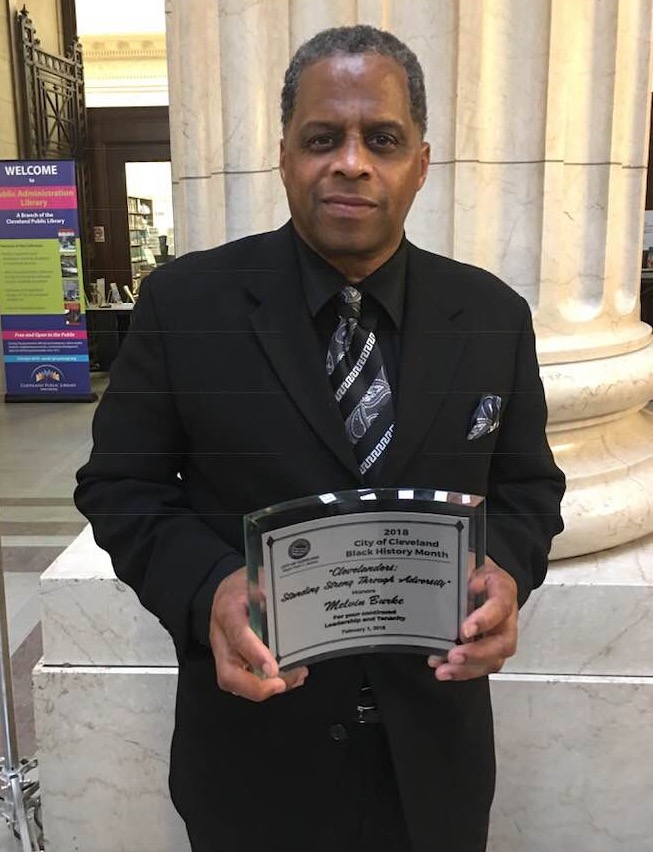 Melvin Burke Sr. presently is the Head Girls Basketball Coach, Head Girls Track Coach and Head Co-Ed Golf Coach at Cleveland’s East Tech High School. He was the coach there for nine years (1999-2002 and 2012-2016), he has also coached Barbara Turner during her high school career. He also coached Jantel Lavender at Cleveland Central Catholic 2004-2007. He has been coaching youth for over 28 years. Ten years with boys’ basketball and eighteen years with girls’ basketball.

Melvin’s coaching awards include 4 time girls state, coach of the year 9 times girls league coach of the year, 2 Ohio Girls Basketball State Championship. Burke belongs to the Ohio Basketball Coaches Association and the Greater Cleveland Basketball coaches Association. He has also worked 3 Nike All American Camps as a court coach and trainer. He has spent the last 20 years coaching Girls AAU with the all Ohio Nike Program from Columbus, Ohio. Melvin is the Founder and Director of Reality Sports, Inc., a youth program that educates, mentors and coaches Cleveland youth with life skill and sports training. Through this program he has coached 3 Ohio Ms. Basketball award winners: Barbara Turner, Jantel Lavendar, and Ashley Morrissette.

Burke started the Reality Sports program in the summer of 1990 and his motivation to develop the program was born out of his own experiences. According to Burke, he was a walk-on basketball at Youngstown St. out of high school but was ousted from the program after 2 years because of “…behavioral issues and the fact that his lack of social skills and his inner-city roots which ill prepared him to be a student athlete and to appropriately interact people.  Burke went on to relate that he continues to be guided by his mantra, “You should never be a better player than a better person; the basketball stops bouncing for everybody.”

Melivin Burke Sr. is a youth pro on all levels. He has worked for the Boys & Girls Club of Cleveland as a Club Director 1990-1997, for the Cleveland Division of Recreation Manager 1997 – 2003, for the Cleveland Public Schools as a sub Teacher and presently as Lead Security Officer for Cleveland Public Schools-equals 31 total years. His high school career coaching record is 311 wins (and counting) as a girls’ high school coach. Burke and his wife, Vonita reside in Cleveland and have two sons Sam and Melvin Jr.