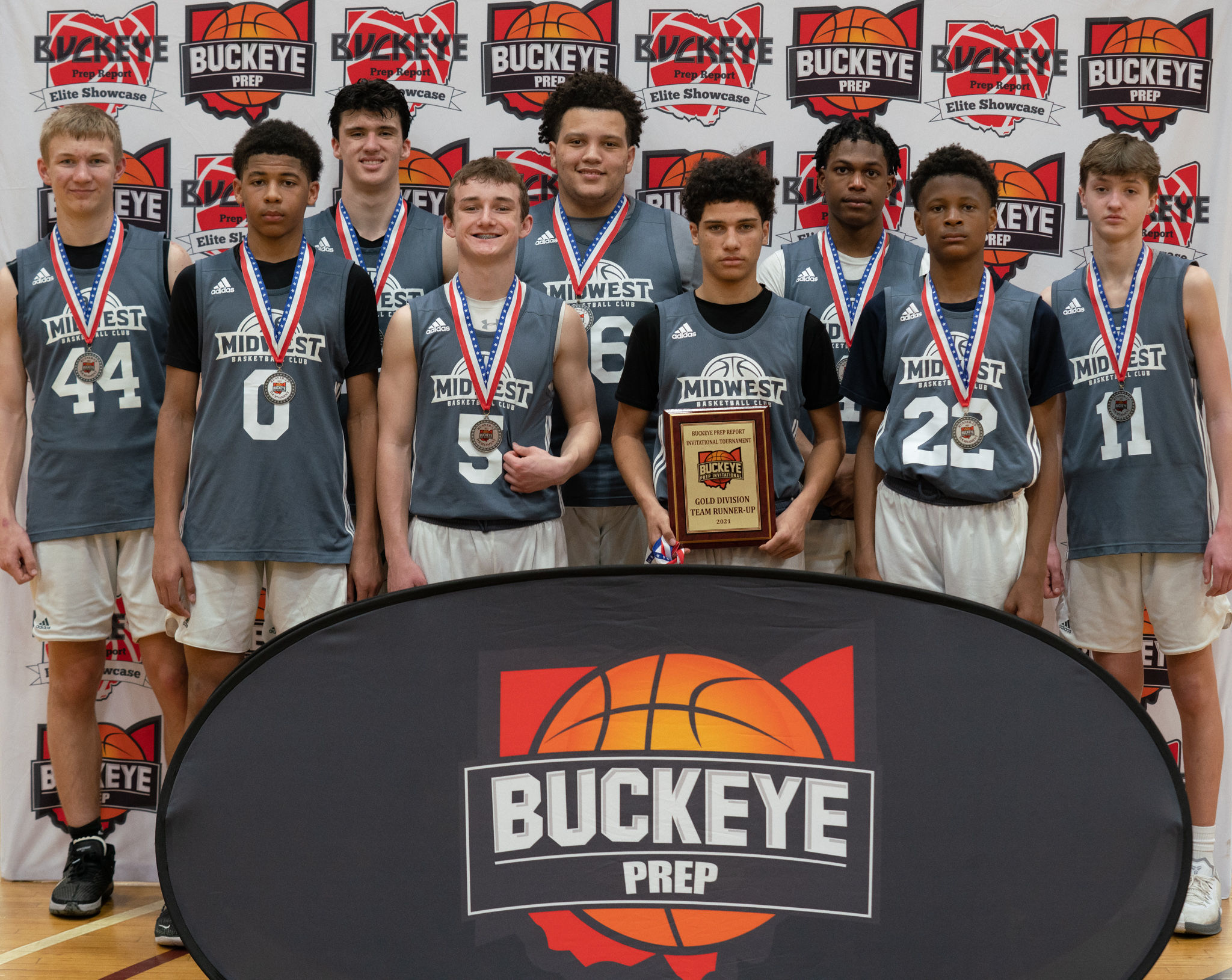 Most Ohio youth basketball fans are well aware of high profile programs such as All-Ohio, OBC and C2K, but the Dayton Ohio-based MW Bball Club 2025 (MWBC) program has started making some noise recently. MWBC kicked off their season at the Top 25 Scout March Madness in Indianapolis where they beat the Chi-Town Bulldogs (79-19); lost to D. Rice at the Spring Circuit Dallas, TX (54-34); beat the Kentucky Enforcers at the Midwest Circuit (65-46); and lost to 94 feet Elite (53-45). In addition, MWBC made the top bracket and their only two losses were to the teams in the finals.

Additionally, MWBC competed in the Buckeye Prep Invitational Tournament, where they beat All Hustle (currently 3rd in the Midwest Circuit with a record of 6-2) 58-40, C2K Blue (currently 1st in the Midwest Circuit 7-1) 57-45, D. Rice (2021 Spring Circuit, Dallas, TX) 50-47, Team Flyght (Midwest Circuit Team) 63-54, TNBA (Midwest Circuit Team) 56-49, and Miller Factory 51-37. MWBC eventually lost in the finals to All Ohio Red (2021 Spring Circuit Team ranked 2nd 4-1) 66-60. Ethan Greenberg and Brandon Hatcher were selected to the All-Tournament Team. Of note was the fact that Hatcher dropped 27 points against All Ohio Red and Greensburg scored 27 points against Miller Factory.

Moreover, MWBC went undefeated in the Bearcat Classic in Cincinnati, Ohio, but because they didn’t play everyone in their pool, they had a tied pool and failed to make the top bracket because of tie breaker rules. In that event, MWBC defeated Mid-Ohio Pumas (56-31), JH 95 Elite (69-21), OBC (67-47), 1st Class Game (59-46), and beat the Kentucky Enforcers (70-59) in the finals of the Gold bracket.

Moreover, MWBC played up in the 9th grade division at the Adidas Cincy Hoops Classic in Cincinnati, Ohio, where they made the top bracket. MWBC beat Shining Stars (61-48), lost to Cincinnati Royals-Havens (50-44) and lost to Cincinnati Royals-Zeinner (68-57). In the Nike Made Hoops Midwest Mania in Indianapolis, IN, MWBC beat Hopson Elite (68-60), lost to Grand Park Premier Red (48-41); beat Virginia Elite (67-49); and beat Focus Select (66-34).

Last week, MWBC traveled to the Bill Hensley Memorial in Fort Wayne, IN., where, once again, they made the top bracket, but lost in the quarterfinals. They beat the Family 2026 (#2 in the nation according to coast to coast preps as of April 1st); lost to Grand Rapids Storm UA Futures (who made the top bracket in the Nike Made Hoops) 55-54; beat Indy Heat 2025 Black (64-62), and lost to Meanstreets (55-53). Interestingly enough, NWO’s only two losses were to the two final teams and they lost both games on last second shots.

MWBC  is powered by Ethan Greenberg and Brandon (BJ) Hatcher Jr. Hatcher was highlighted in our Buckeye Prep Star Watch list in March. They both lead MWBC in scoring. Hatcher is a taller guard that can shoot from the outside and drive to the basket. He can also handle the ball against defensive pressure and his size causes a mismatch for any guard trying to guard him. Greenberg dominates the boards on both offensively and defensively and can also handle the ball against the press. Next up for MWBC George Hill’s tournament in Indianapolis, IN and Battle Royale Classic in Cincinnati, Ohio.  For their efforts, MWBC has been ranked as the 4th best 8th grade team in Ohio in our recently released Buckeye Prep Power Rankings. We will continue to track this team’s progress over the spring and summer.