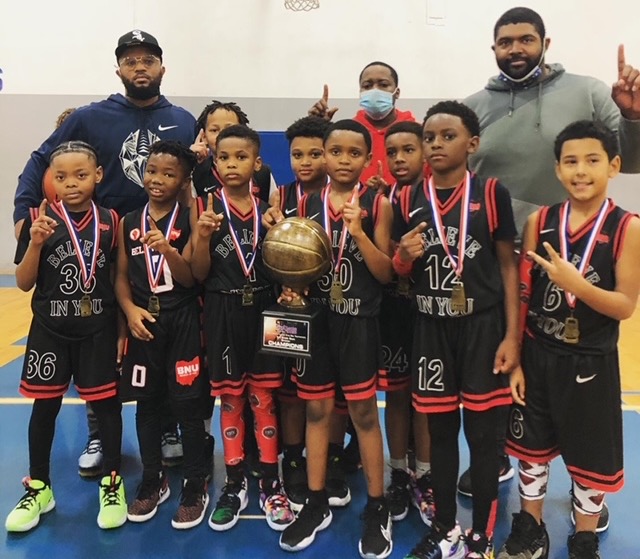 Although many will try and portray Ohio as a “football state,” the true basketball observer knows that Ohio has a rich history of producing elite basketball talent. Case in point, when Coast 2 Coast Preps released their recent national team rankings, 3 Ohio-based teams were recognized. Edmund Sumner Select’s 2027 squad was listed as the #2 ranked team in the country right behind the North Carolina based CP3 Academy Elite. We’ve written a lot about this star-studded team with a roster loaded with statewide and nationally ranked players, so it comes as no surprise to us that the national scene is starting to take notice. Some of those stud players include Joshua Tyson (5’5”/CG/2027/West Chester), Bryce Curry (5’9”/C/2027/Centerville), LeShawn Hill (5’5”/PG/2027/Cincinnati), Amir Phillips (5’6”/PF/2027/Cincinnati), Chris Washington (4’9”/PG/2027/Cincinnati), and Jayshon Coffey (5’2”/SG/2028/Cincinnati).

Team BNU’s 2nd grade squad is loaded as well, starting with nationally ranked and recognized, Terry Holt III (4’4”/PG/2031/Dayton).  Holt not only provides national attention to this team, he’s the spark that puts up numbers and creates scoring opportunities for his teammates with his ability to get paint touches and punish help side defenders with kick out passes or dimes that lead to easy layups.  Other Ohio teams that maybe knocking at the door of a national ranking include Team BNU’s 2029 team and Edmund Sumner Select’s 2026 teams.  Both teams are absolutely loaded with talent, have flirted with national recognition previously, and could be recognized early this season.  You can catch all of the above teams in action at our March 26th-28th Buckeye Prep Invitational Tournament.  Finally, please follow us on IG @robt1 for regular updates and features.