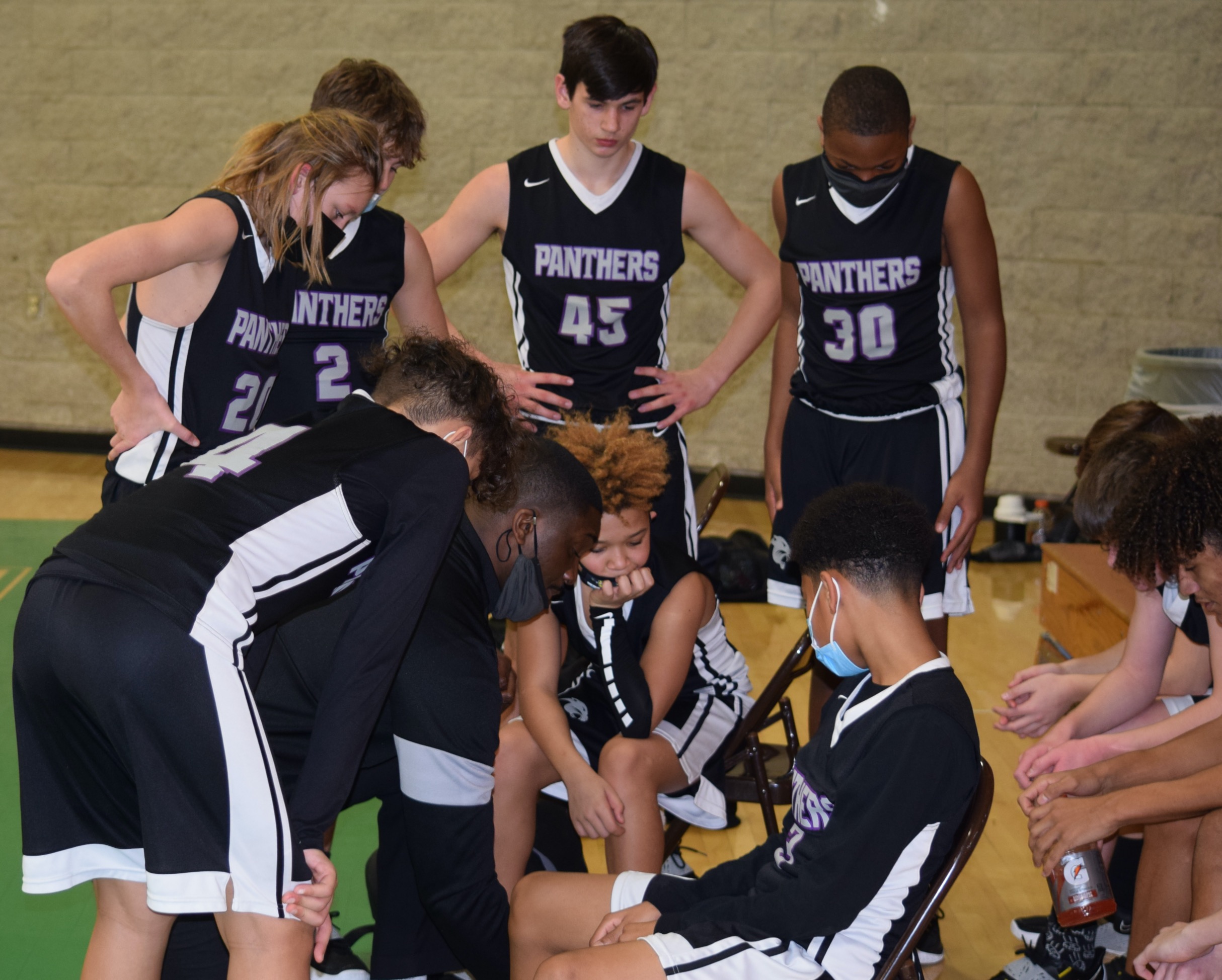 With a 38-26 win over Olentangy Shanahan on Wednesday, Coach Austin Traylor’s Pickerington Lakeview Panthers squad advanced to the final 4 of the Dublin Invitational Tournament.  In Wednesday’s game, Pickerington raced out to a 5-0 lead with a coast 2 coast layup and free throw by Zion Robinson (5’11”/PF/2026/Pickerington), followed by a Malachi Taylor (5’10”/WF/2026/Pickerington) layup.  Olentangy would eventually tie the game, then go up 13-9 on the strength of Olentangy’s Quinton Paige’s back-to-back treys to end the 1st quarter. Pickerington would tie the game at 13-13 after a Malachi Taylor put back about midway through the 2nd quarter. The Panthers would later move ahead 16-13 with a Zion Robinson layup and free throw at about the 4:11 mark.  Although the game was knotted at 16-16 with 1:53 left in the 1st half, Lakeview would go into the locker room at the break up 20-18.

Pickering would draw first blood to start the 2nd half with a 6-0 run, and extended the lead to 26-20 with 2:50 left in the 3rd quarter.  By the start of the 4th period, Pickerington was up 29-24 after a JR Bates (4’11”/PG/2026/Pickerington) layup at the buzzer.  The Panthers would never relinquish their 4th quarter lead and eventually finished the game up 38-26.  The leading scorer for Pickerington was Malachi Taylor who finished with a game-high 13 points, followed by Zion Robinson who added 11 points and JR Bates who finished with 6 points. On Friday, On Thursday, Pickerington faced off against a talented 12-0 Big Walnut team and lost by 3 points, ending their championship run and relegating them to the consolation bracket where they will face Dublin Karrer on Saturday.