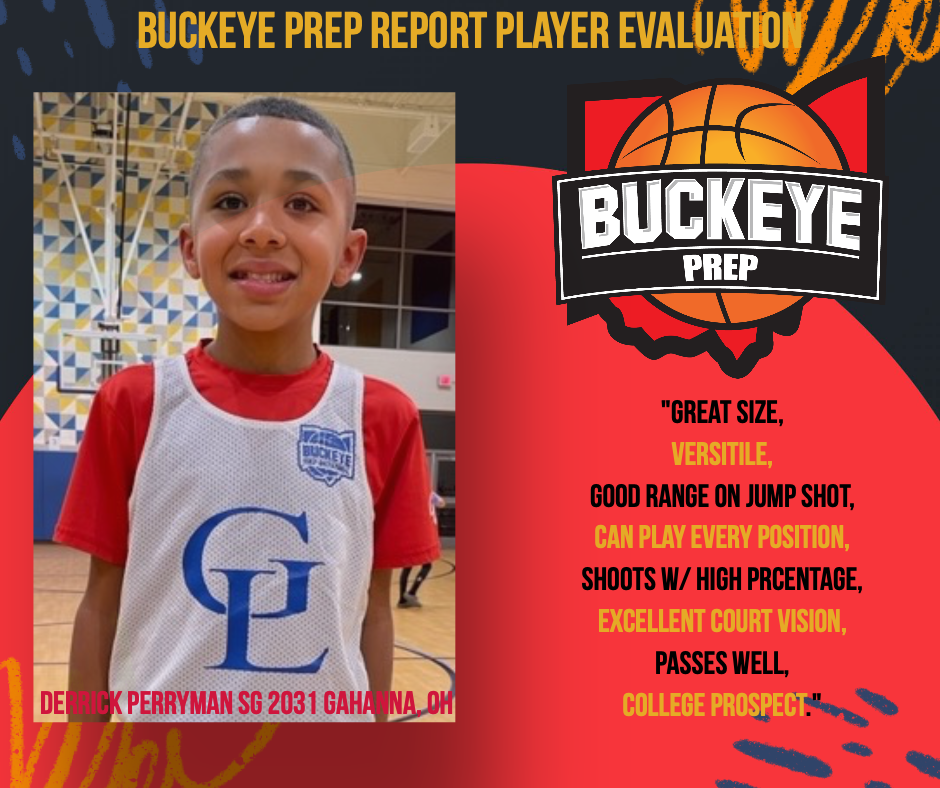 We know that the AAU/travel season is still several weeks away, however, the community/school season can still produce and highlight talent.  Such is the case with Gahanna’s Derrick Perryman (5’0″/WF/2031/Gahanna, OH). We’ve seen him play for several weeks now, but his play tonight in a scrimmage against a 4th grade team finally convinced us that we needed to shine the spotlight him.  Just when you think Perryman is just a big kid who is destined for the low post, he knocks down a couple of long range treys, breaks the press, and finds cutting teammates for layups.

He has great size, but Perryman is versatile enough to play and guard every position on the court.  In addition, he’s surprisingly coordinated, which is unusual for a young kid with his size. Moreover, because his father was a standout player at the University Dayton, and played several years overseas, Perryman’ genetic foundation suggests his upside potential is huge. He’s the leading scorer on his father’s 4-1 Gahanna Lions COBBA team, and he could be one of the best 3rd graders in the entire league.  This spring and summer, Perryman will run with a Nova Village team, and will get a chance to prove himself against a higher caliber of talent.  We intend to keep a close eye on this kid!