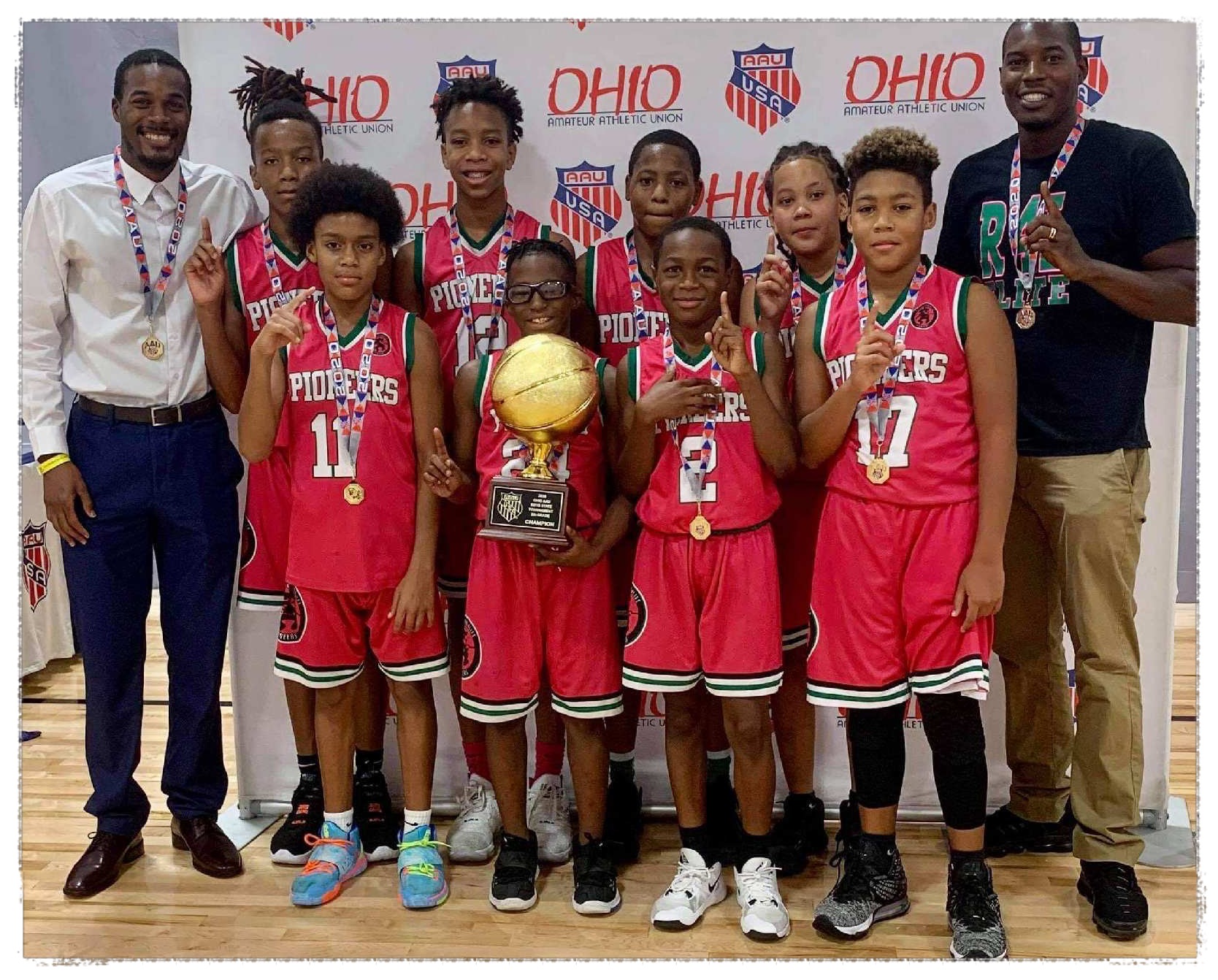 At the conclusion of a 5-0 championship run at the 2020 AAU State Championship in Cincinnati earlier this month, Carlos Davis’ 2027 R4L Pioneers team was able to put a cap on a 32-0 season record that saw them ascend to a national #1 ranking (according to Coast2Coastprep.com). With respect to the state tournament, R4L breezed through the tournament with 24+ point wins all the way to the championship game.

Although Coach Mike Hill’s squad is absolutely loaded with individual talent, the team’s success was characterized as a “total team effort,” according to Coach Hill. Moreover, Coach Hill felt that his team was, “…dominate, played both ends of the court, exhibited unselfish play and defensive intensity.”

When we release our updated 2027 player rankings next week, several of the players on R4L’s roster will be featured in our top 10. Specifically, R4L is powered by a starting 5 that includes standouts such as: Joshua Tyson, Bryce Curry, LeShawn Hill, Amir Phillips and Chris Washington.  The rest of the 8-player rosters includes: Jayshon Coffey (2028) Tivirai Mamutse and Javeion Presswood.

Although the 2020 season is in the books, R4L continues to compete at the highest levels, as they are currently competing in the 8th grade division of the Court 4 Sports Fall League where they are already off to a 2-0 start.  Coach Hill was particularly impressed with Jayshon Coffey, who is a “5th grader talented enough to play on the #1 2027 team in the county.” Hill believes Coffey is one of the top 2028 kids in the state.

In terms of the 2020 season, R4L won every event they entered, including wins at Coast 2 Coast’s President’s Day Tournament, the National Gatorade Invitational, the Midwest Circuit and the AAU State Tournament.  Going forward, this team will return intact and plans to maintain their #1 rankings.  For the record, R4L’s 2025 team also took home a state championship,  and the 2029 squad was runner-ups in their division. Look for individual player profiles on several of the R4L players in the coming weeks.  Congratulations to the R4L players, coaches and fans for representing the Buckeye State at the national level!