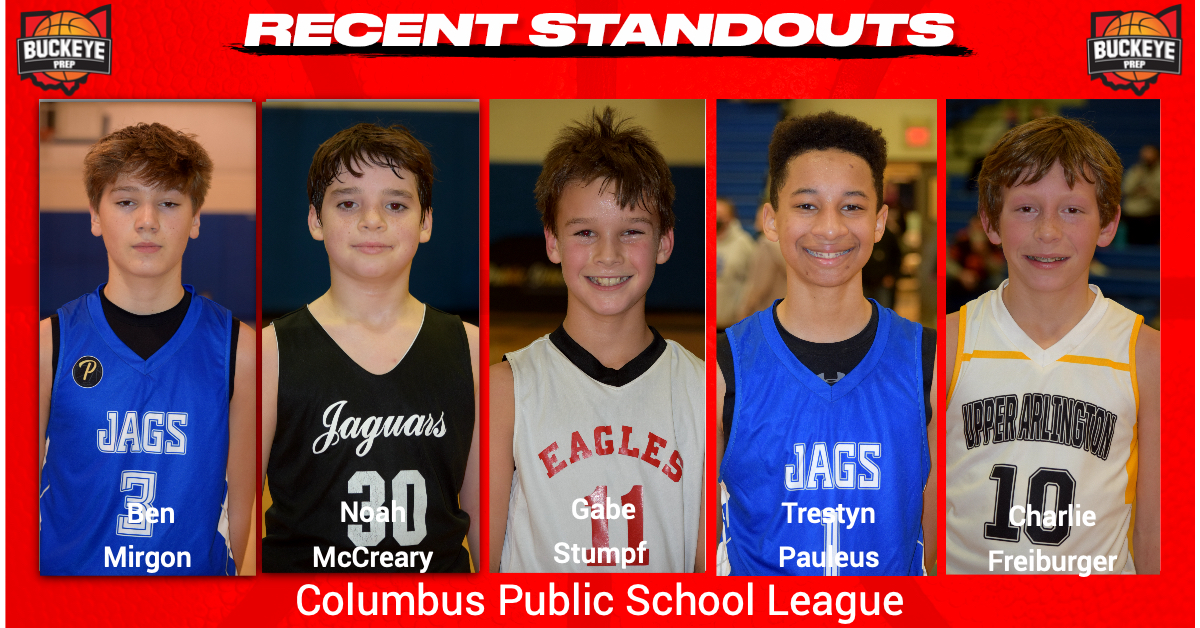 On Sunday, we had opportunity to spend some time at Northside Christian School in Westerville checking out some PSL action. We watched 4 games total (two 5th and two 6th grade) and came away impressed with several players.  Although we just saw him play last week for the first time and were super impressed with his play, this week, Ben Mirgon (5’8”/PG/2027/Hilliard) demonstrated how a player should use their size as an advantage.  We already told you about his skill set in an earlier article, but yesterday, Mirgon’s size was a problem for opposing defenders.  More specifically, he used his size advantage to either bully his way to the cup, where he finished at a high rate, or to back defenders down in the post where he converted easy layups or step-back jumpers.  In the 2 games we watched yesterday, Mirgon dropped a gaudy 22 and 25 points, respectively, and made it look easy!  Clearly, Mirgon is one of the best 1 or 2 players in the league in the 6thgrade division we’ve seen so far.

We also really liked Noah McCreary (4’9”/PG/2028/Hilliard), who impressed us with his scrappiness, toughness and ability to be productive despite his diminutive size.  In addition, McCreary was in attack mode the entire game we watched and was able to get paint touches consistently.  In addition, McCreary knocked down multiple catch and shoot treys with confidence while playing with a bit of swagger. We think his team was missing the services of the team’s top gun, Kypton Norris, which probably accounted for McCreary’s level of production. We’ve seen him on one other occasion, and for a second time, Gabe Stumpf’s (4’8″/CG/2029/Big Walnut) play was impressive.  What’s important to note is the fact the Stumpf’s Big Walnut team is a 4th grade team playing up in the 5th grade division, and yet he still manages to get buckets. In fact, according to PSL records, Stumpf leads the league in scoring to the tune of 16.3 points per game. In the higher division, and despite the sometime significant size disadvantage, Stumpf more than competes.  Moreover, from what we can see, Stumpf appears to do more of his damage from beyond the arc, as he was a high volume shooter on this day.  In addition, he’s very skilled and clearly understands the game at a high level.