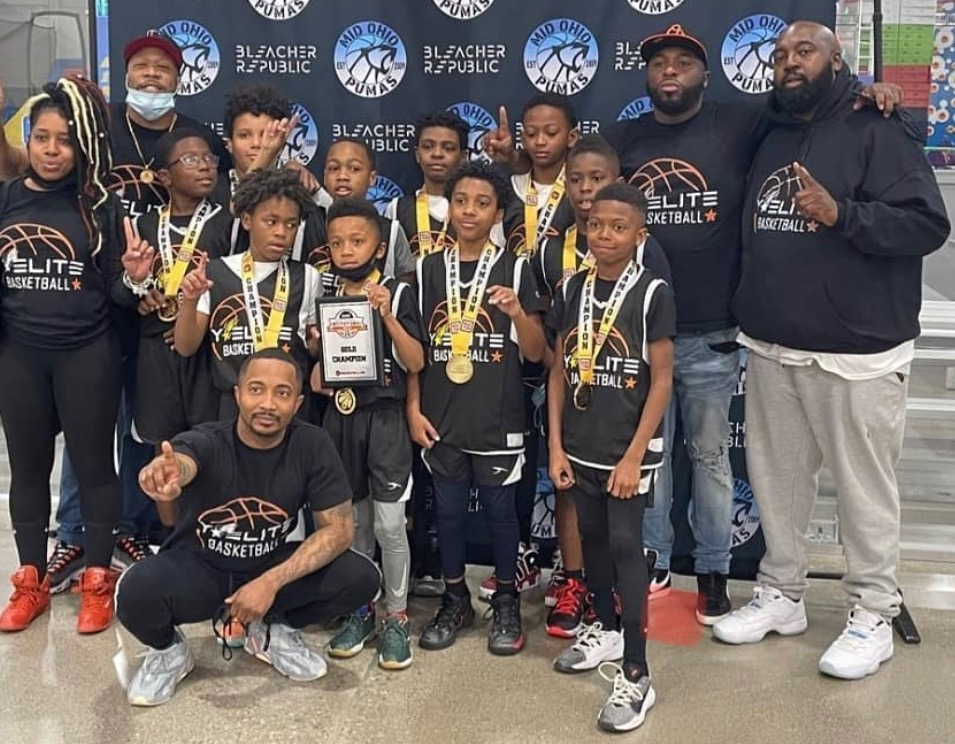 On the strength of a 4-1 record (15-4 overall this season) and a championship at the Ohio Midwest Invitational Tournament this past weekend in Columbus, the Cleveland-based Y-Elite Superstars (2029) have skyrocketed up our Buckeye Prep Power Rankings. Virtual unknowns on the statewide level before this weekend, Coach Tremayne Lipford’s 4th grade squad traveled south to Columbus and proceeded to take down the top 2 teams in Columbus, and 2 of the top 3 teams in the state, according to our recently released Power Rankings.

Y-Elite’s path to the title went through the then #2 ranked All-Ohio Red (47-43), a loss to the #3 ranked Ohio Hoopsters (25-28), Nova Village-Perryman (31-6), All-Ohio Red (48-46) and Ohio Hoopsters (27-10). According to Coach Lipford, the difference between his team and the other teams he faced was, “…the will to win and defense.  “They [his team] came down there [Columbus] with a purpose,” continued Lipford. So far this season, Y-Elite’s only losses were to All-Ohio Cleveland, Hardwork, Ohio Hoopsters and Phenom Academy Wildcats.  From what we understand, either Y-Elite has since avenged those losses, or they have the edge against common opponents.  Moreover, we were really impressed with the fact Lipford and his team traveled to Columbus to specifically play the teams that were highly ranked.  This is exactly one of the reasons we put the Power Rankings together; in order to foster competition against the best teams in the state! If you are a coach, parent or player and you don’t seek out and play the best competition you can find, don’t call us with complaints about the Power Rankings! You know where the smoke is!

Not only is Coach Lipford excited about his team, he feels that he as a couple of players who deserve statewide attention.  Specifically, standouts for Y-Elite are Pierre Jackson (4’5”/SG/2029/Mayfield), Kevin St. Claire Jr. (4’11”/CG/2029/Cleveland Heights), Terry Howell Jr. (4’0”/PG/2029/Euclid), and Aiden Lipford (5’2”/WF/2029/Euclid).  In terms of our 2029 player rankings, Lipford feels that St. Clair is a “top 5 player.”  We will see what St. Claire has when he attends our August 21st Buckeye Prep Elite Showcase! With their impressive run this past weekend, we have not only placed Y-Elite “on the board,” we  have elevated them over teams we previously had ranked over them.  Next up for Y-Elite is Terry Holt’s Battle Royale Classic in Cincinnati in 2 weeks, where we intend to get a closer look at this team!  Congratulations to Coach Lipford and his team for a big time weekend!